As any New Yorker will tell you, there’s no way to see all the highlights of this vast, complex city in just one visit. If you’re heading to the city for the first time or just want to know what you shouldn’t miss on your next visit then I have it covered! Here’s my pick of the 15 must see New York attractions. Enjoy!

Whether you ride Central Park’s vintage circa-1908 Carousel, sip Sancerre while admiring the view of the lake at the Boathouse Café, giggle at the sea lions and penguins in the zoo (sadly we just lost Gus, the famous swimming polar bear), go birding in the Ramble, or run laps with the locals around the Reservoir, this 843-acre oasis is the world’s biggest backyard and a must-explore experience during any visit. 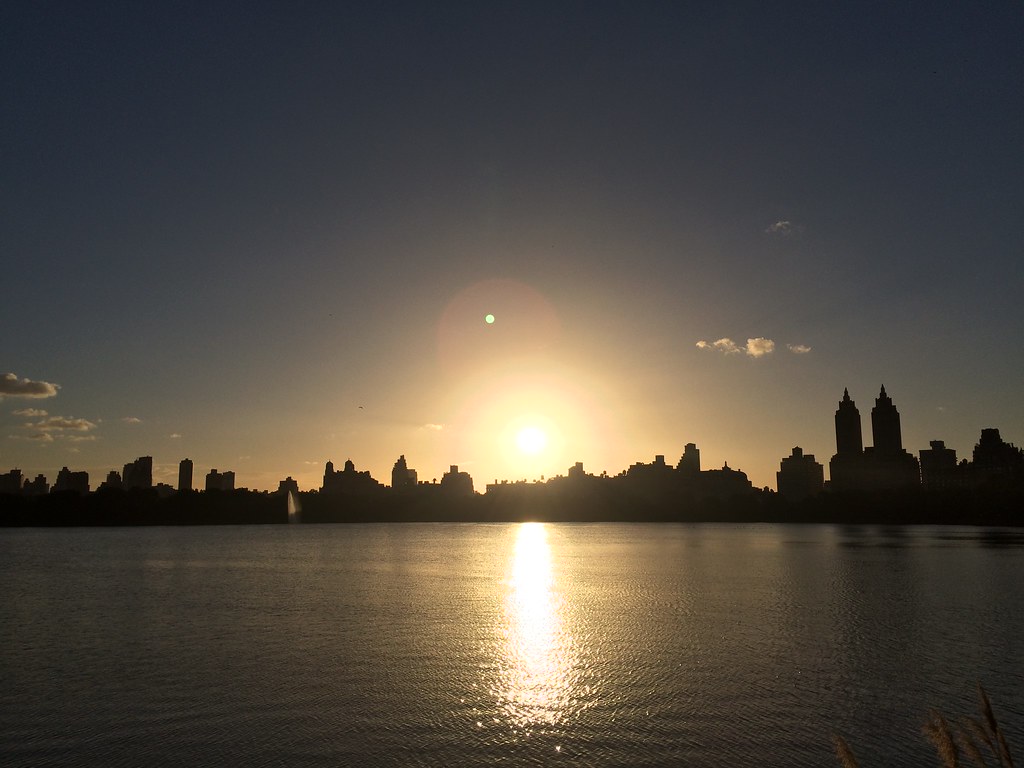 Whether you ogle it from Battery Park or while onboard the Staten Island Ferry, you must gaze upon the Statue of Liberty. Ascend to the tiny lookout area in her crown to get another great view.

The world’s most iconic copper statue was designed by Frederic-Auguste Bartholdi as a gift from France in celebration of our nation’s centennial in 1876.

Equal parts awesome and daunting, the Metropolitan Museum of Art ranks among the world’s best art museums, housing everything from Medieval and Expressionist masterpieces to an entire Egyptian temple. 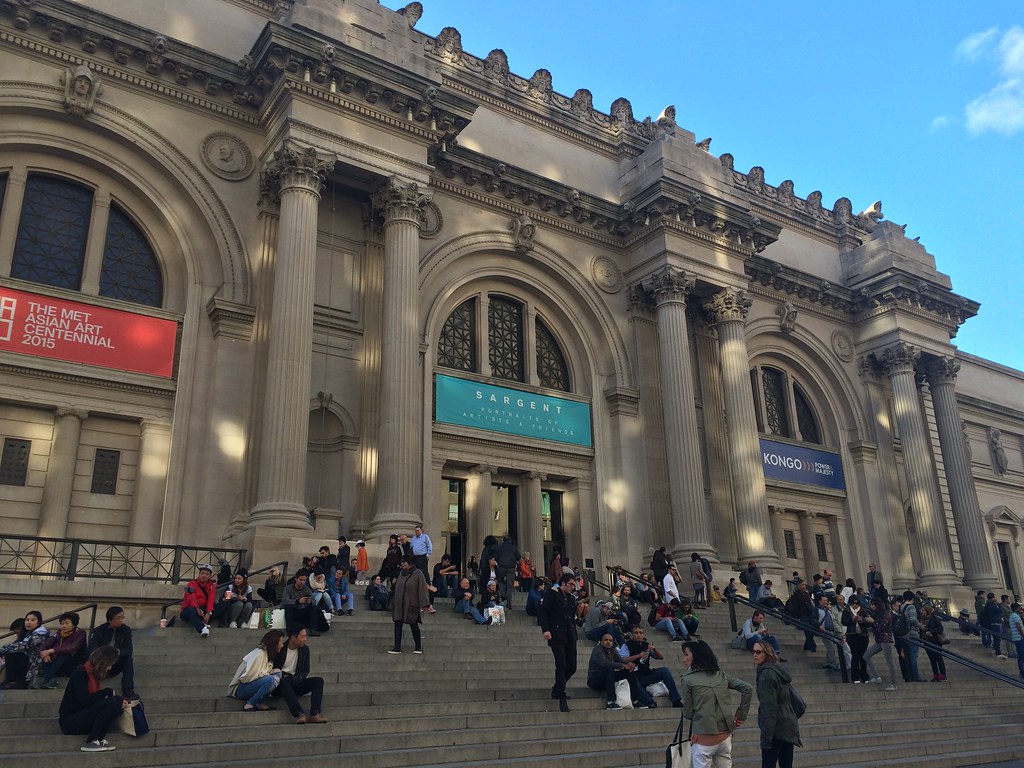 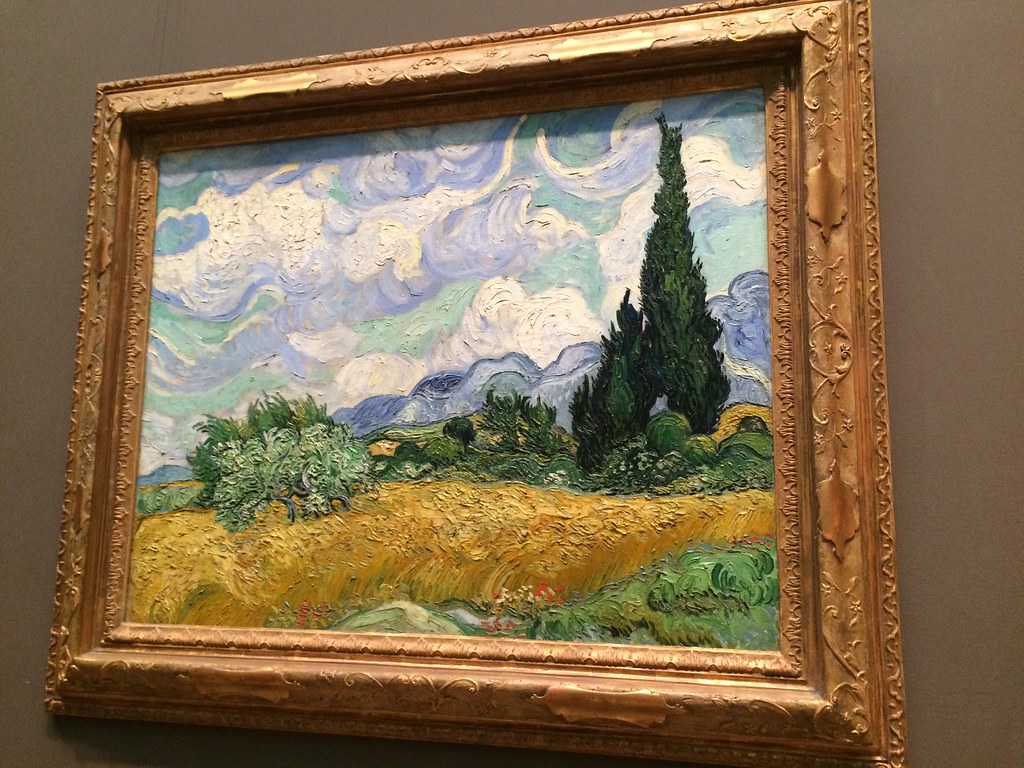 One of the highlights of my visit to the Met is seeing Van Gogh’s famous self portrait.

Van Gogh produced more than twenty self-portraits during his Parisian sojourn (1886–88). Short of funds but determined nevertheless to hone his skills as a figure painter, he became his own best sitter: “I purposely bought a good enough mirror to work from myself, for want of a model.” 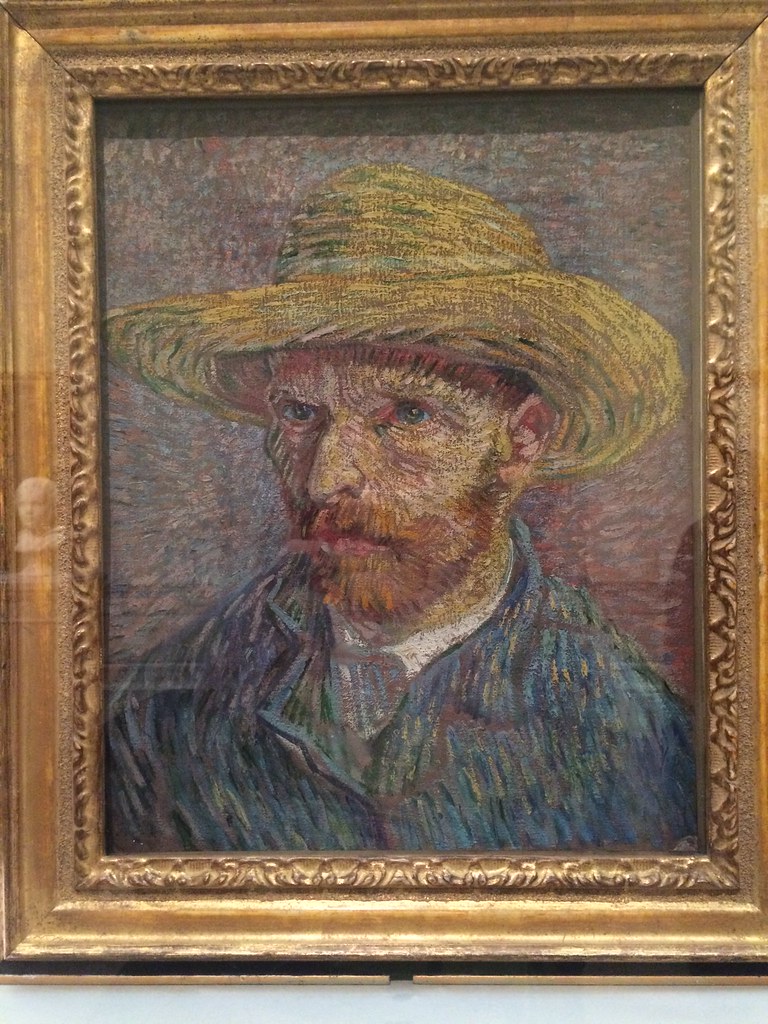 This picture, which shows the artist’s awareness of Neo-Impressionist technique and color theory, is one of several that are painted on the reverse of an earlier peasant study.

If you wake up and it’s raining, head to the Met (open seven days a week) and wander—or follow one of the itineraries on the museum’s website.

Many New Yorkers try to avoid Times Square—not because of its seedy past, but rather because it now resembles an urban theme park overrun by hordes of tourists snapping selfies. But that doesn’t mean you shouldn’t visit (everyone should experience it at least once!). 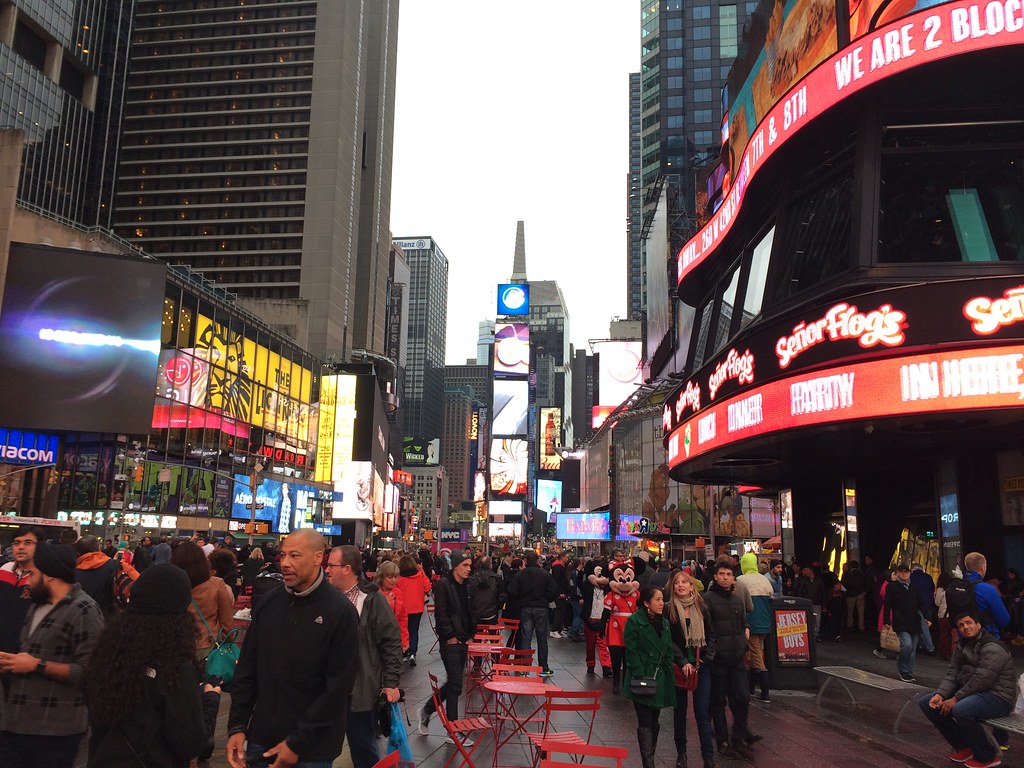 By all means, go, and while you’re there amid the neon lights, flashing Jumbotrons, giant ruby-red stairs, and guitar-strumming Naked Cowboy, get in line for discounted Broadway show tickets at the TKTS booth.

A tribute to the past and a place of hope for the future — the 9/11 Memorial Plaza is alive with twin spirits of remembrance & renewal. 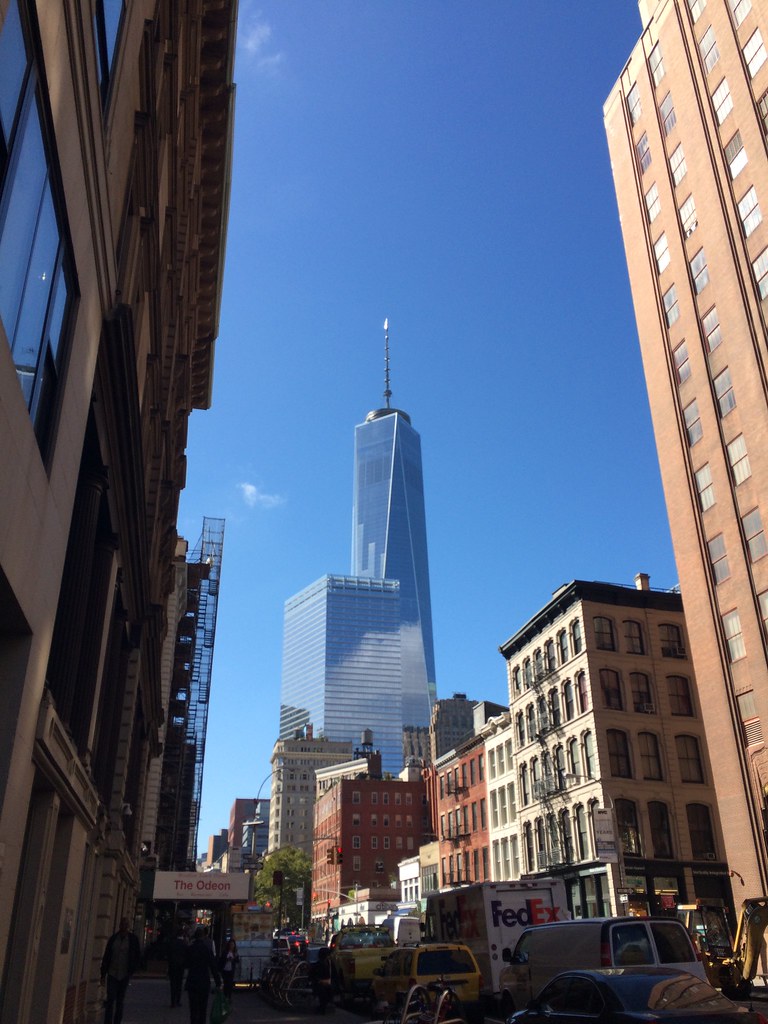 The 8-acre park is a supremely contemplative sanctuary, composed of a grove of nearly 400 white oak trees, and the largest manmade waterfalls in the United States. Set within the footprints of the original Twin Towers, each pool is approximately 1-acre in size. 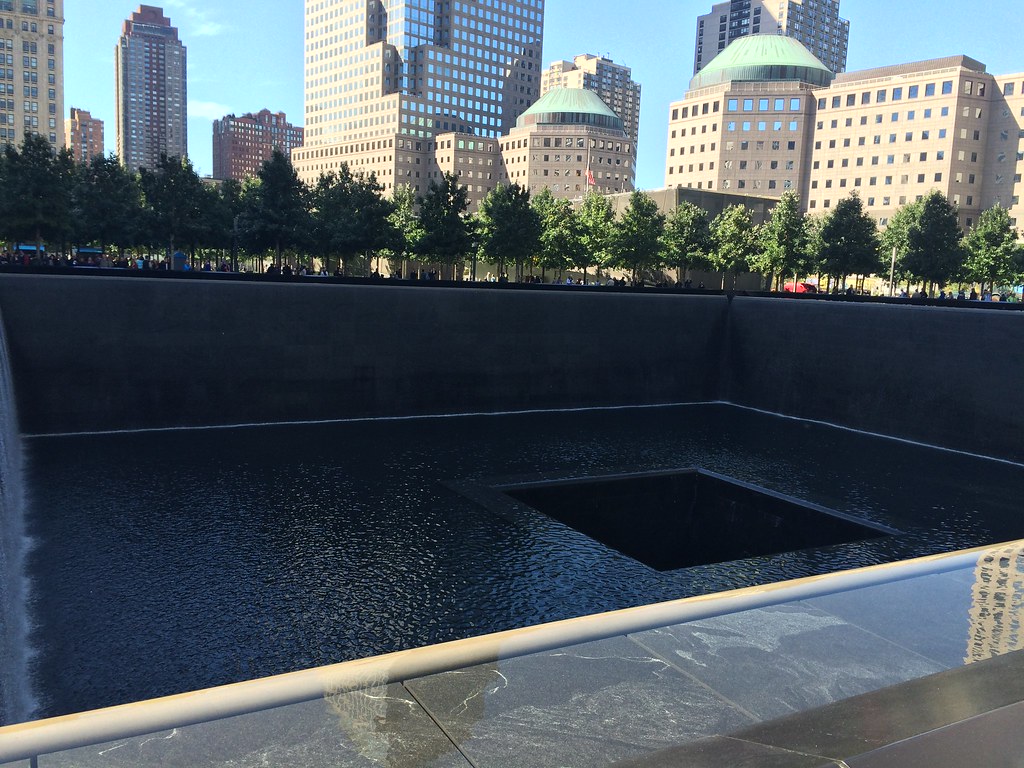 The names of every person who perished in the terror attacks of February 26, 1993 & September 11, 2001 are honored in bronze around the twin Memorial pools. 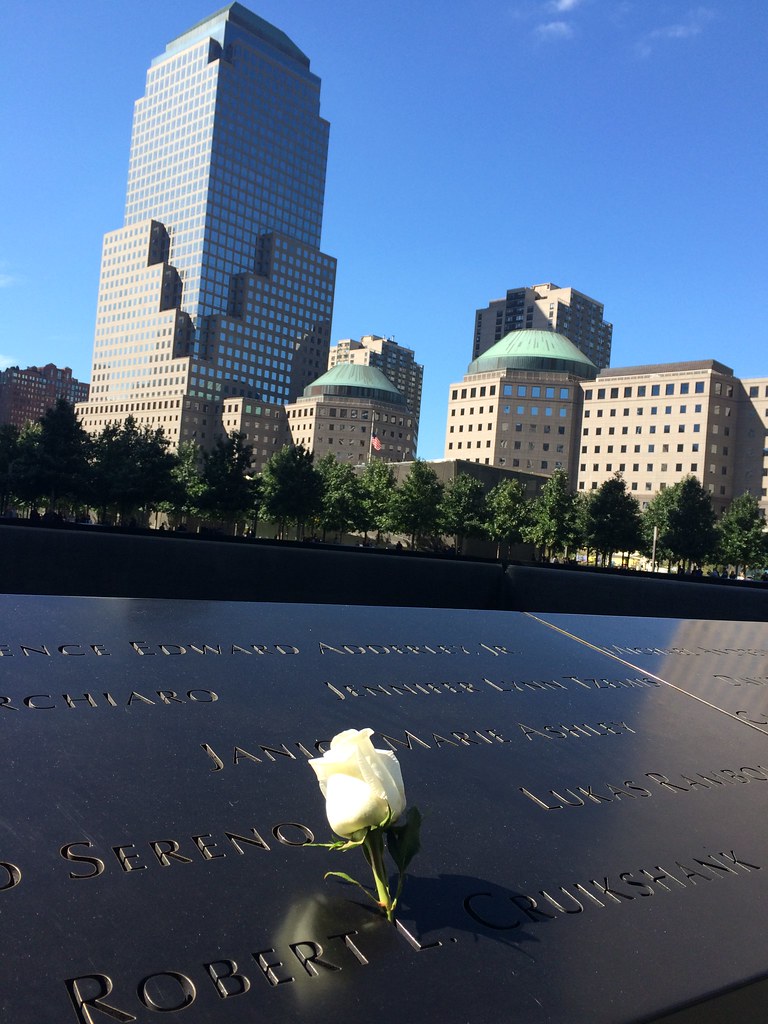 Cascading reflecting pools etched with the names of those who died stand where the 110-story buildings once did. The memorial echoes with sorrow and yet shines with the resilience of the city and its people.

The skyline of New York City has starred in hundreds of movies, making it one of the most iconic man-made landscapes in the world. And while the former World Trade Center once stood as the defining image of this electric city, today’s landscape has shifted slightly—though it remains just as memorable. 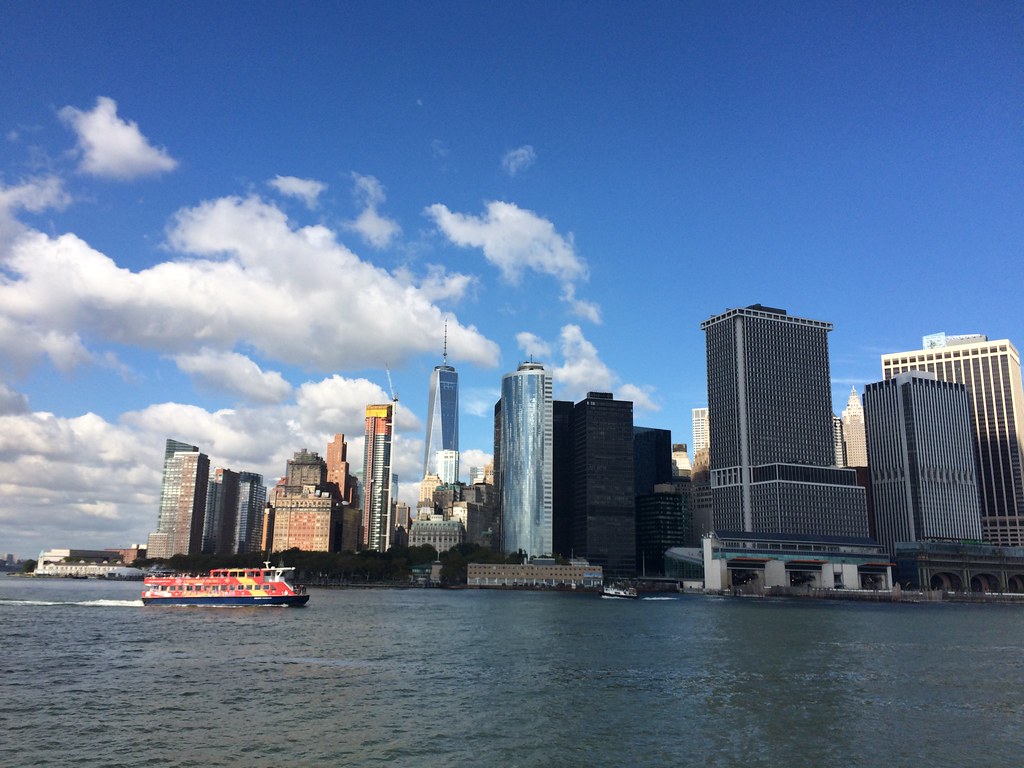 Aboard the Staten Island Ferry offers wonderful views of the lower Manhattan skyline and the Statue of Liberty. And… it’s free!

There’s nothing quite like seeing a show on Broadway, if you’re going to go it’s worth booking tickets in advance, but don’t worry if you haven’t, your hotel concierge will definitely be able to help. Broadway is renowned for incredible musicals so be sure to pay one a visit if that’s up your street! 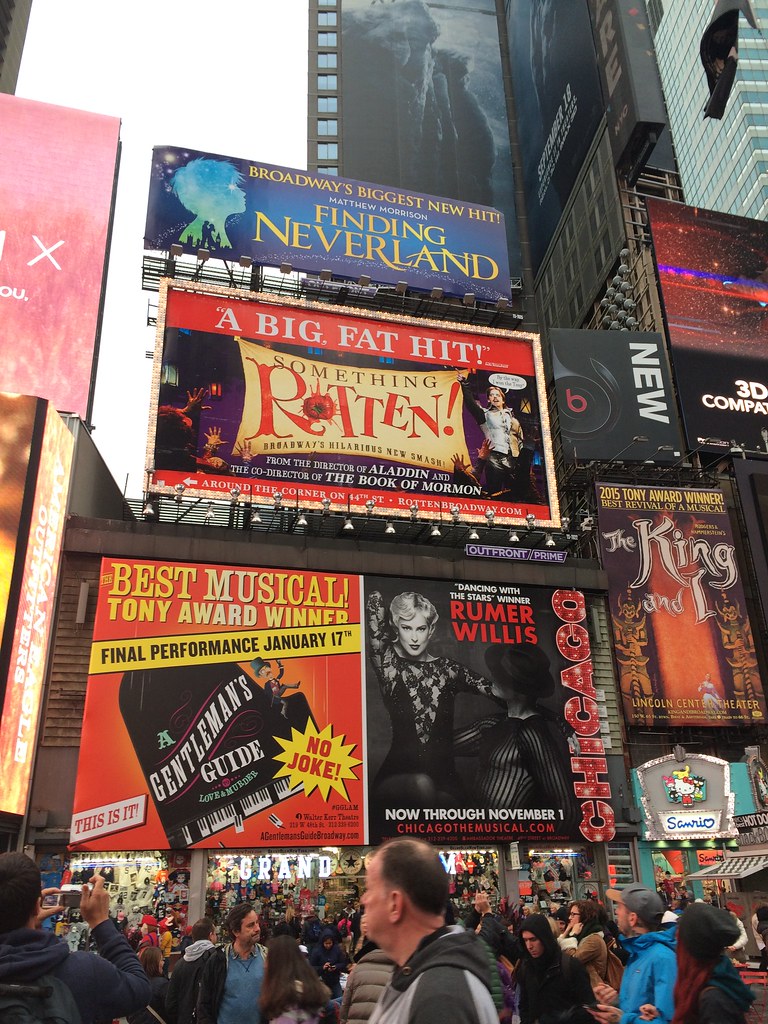 A marsh. A cemetery. A parade ground. A gathering spot for avant-garde artists. A battleground for chess enthusiasts. A playground for canines and children. Washington Square Park has served various roles for its community throughout the years, adapting to meet its needs.

Well-known for its arch, honoring George Washington, the man for whom the park is named, and its fountain, the arch’s elder by 43 years and a popular meeting spot, Washington Square Park also houses several other monuments and facilities.

This sprawling cathedral sits amongst the hustle and distinctively secular bustle of Rockefeller Center. But that doesn’t take away from its otherworldly vibe. 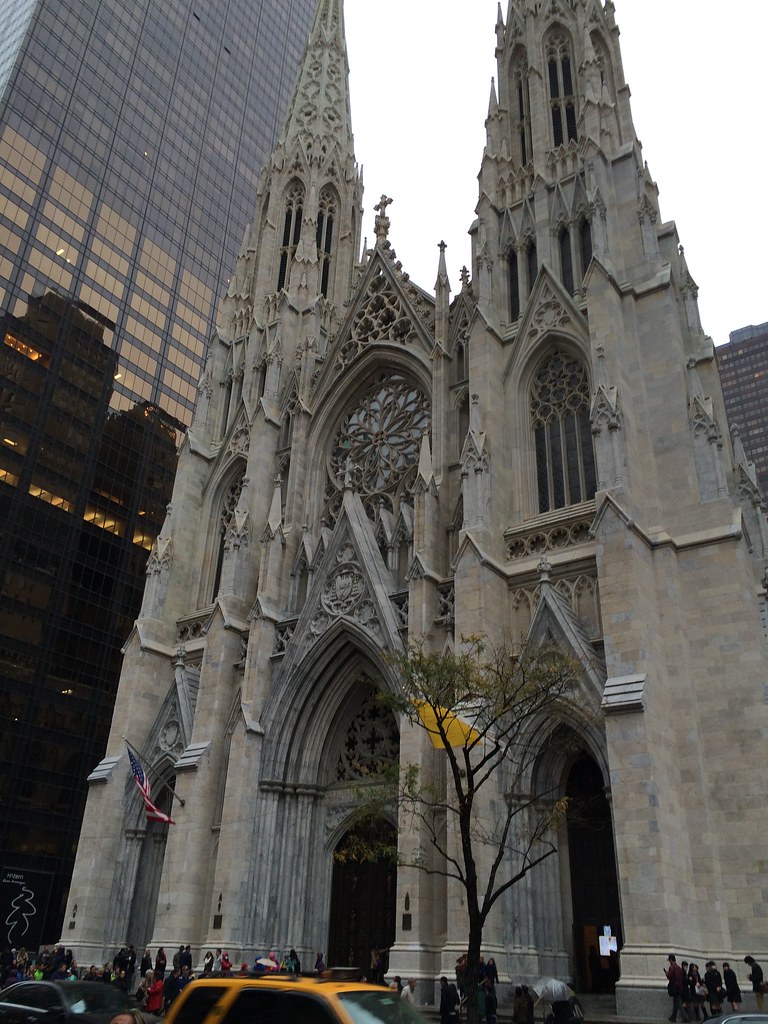 Whether you’re religious or just making an architectural pilgrimage, you can’t help but be impressed by St. Patrick’s. 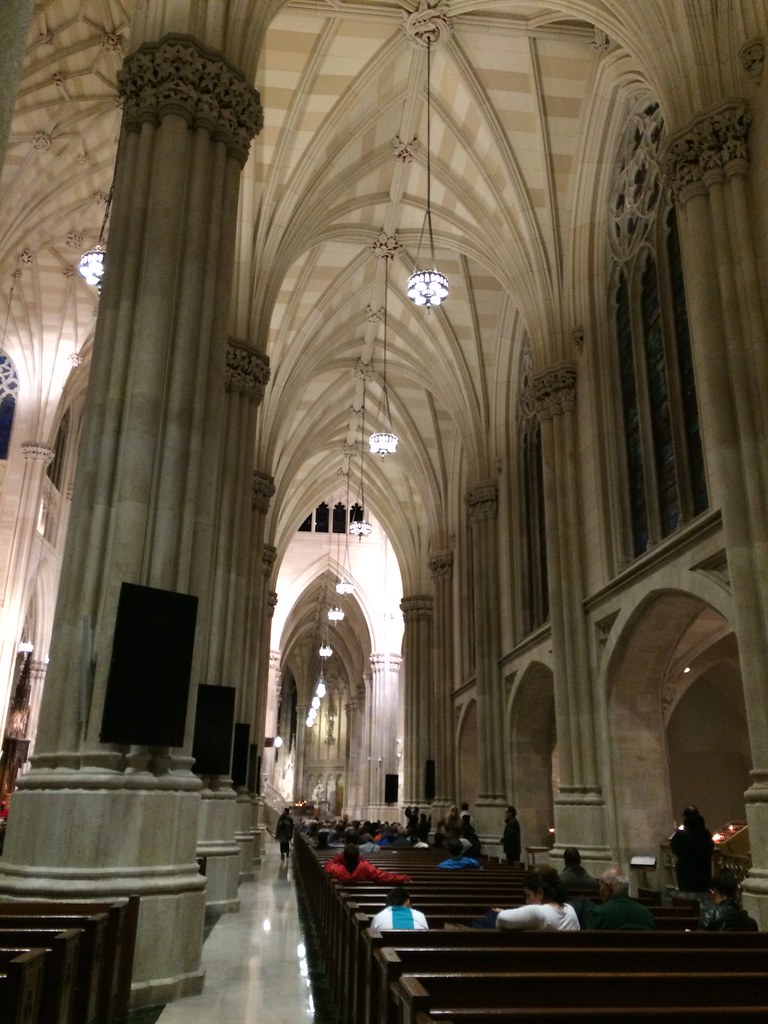 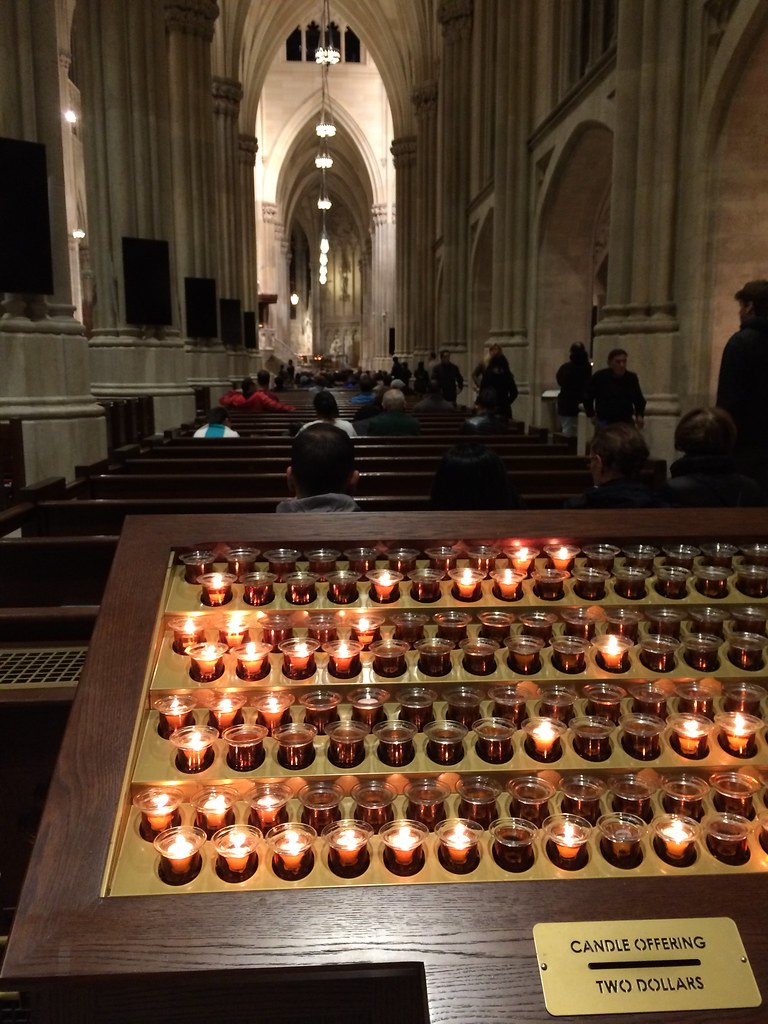 New York City Tourist 101 dictates that you must swing by this landmark structure in midtown Manhattan. And despite the hefty admission fees, the crowds and the long lines, recent visitors insist that you won’t be sorry.

In fact, taking a trip to the top of the Empire State Building is either the perfect way to begin or end your Big Apple excursion — on a clear day you’ll be able to the see the city’s major highlights some 1,050 feet beneath you.

It’s fitting that St. Patrick’s Cathedral would be on the same street with stores like Bergdorf Goodman, Tiffany & Co. and Van Cleef & Arpels. That’s because for many people, shopping is a religious experience, and here between 34th and 59th streets you’ll find the Holy Grail. 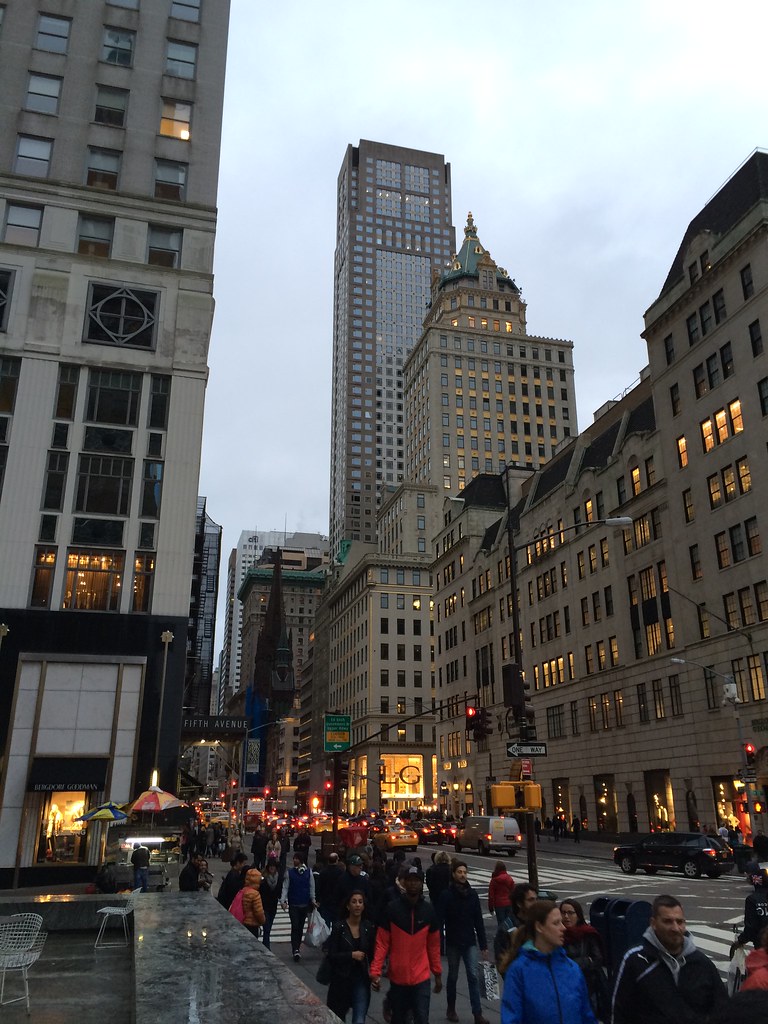 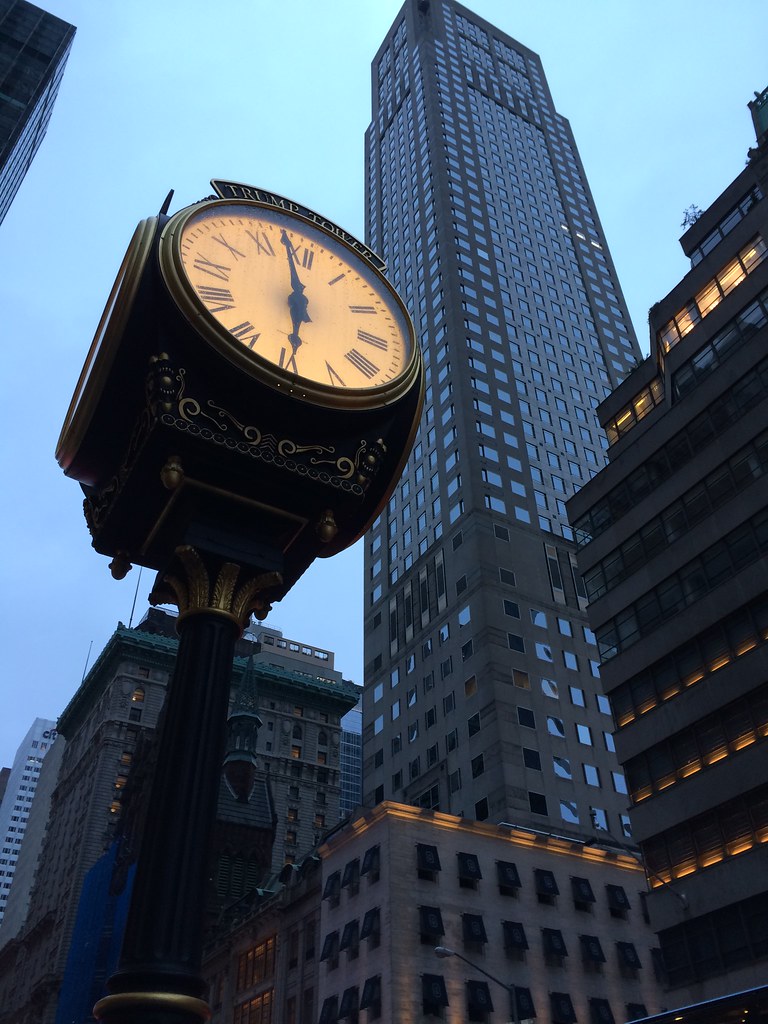 Instantly recognizable from dozens of movies, Wall Street is, of course, home to the New York Stock Exchange. 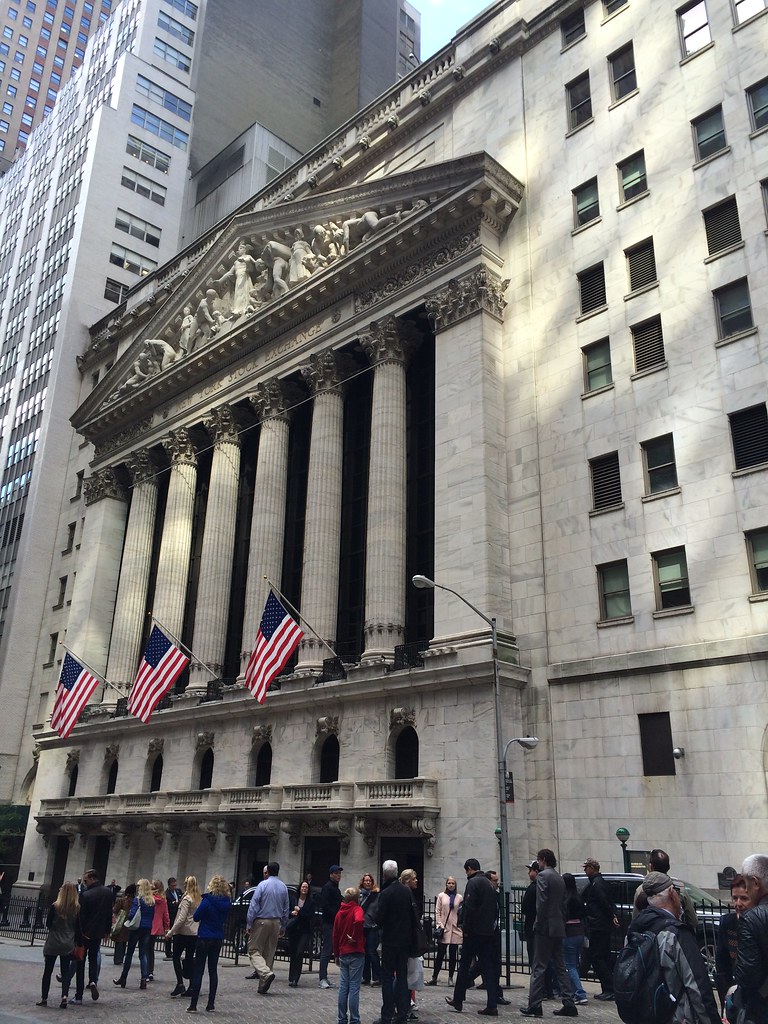 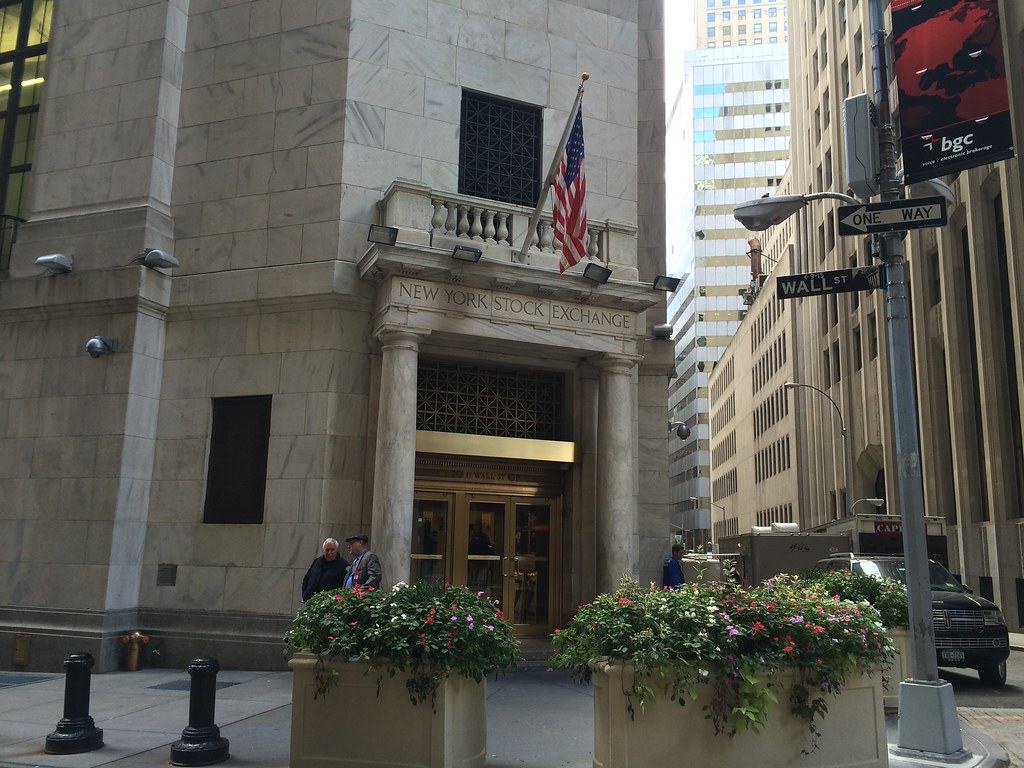 No matter which New York neighbourhood you find yourself in, you won’t be far from an urban oasis. In Lower Manhattan, that greenery is the revamped Battery Park. A 25-acre public park, Battery Park is dotted with statues and memorials, including the American Merchant Mariners’ Memorial. Overlooking New York Harbour and Lady Liberty herself, this is the perfect spot to spend a few hours. 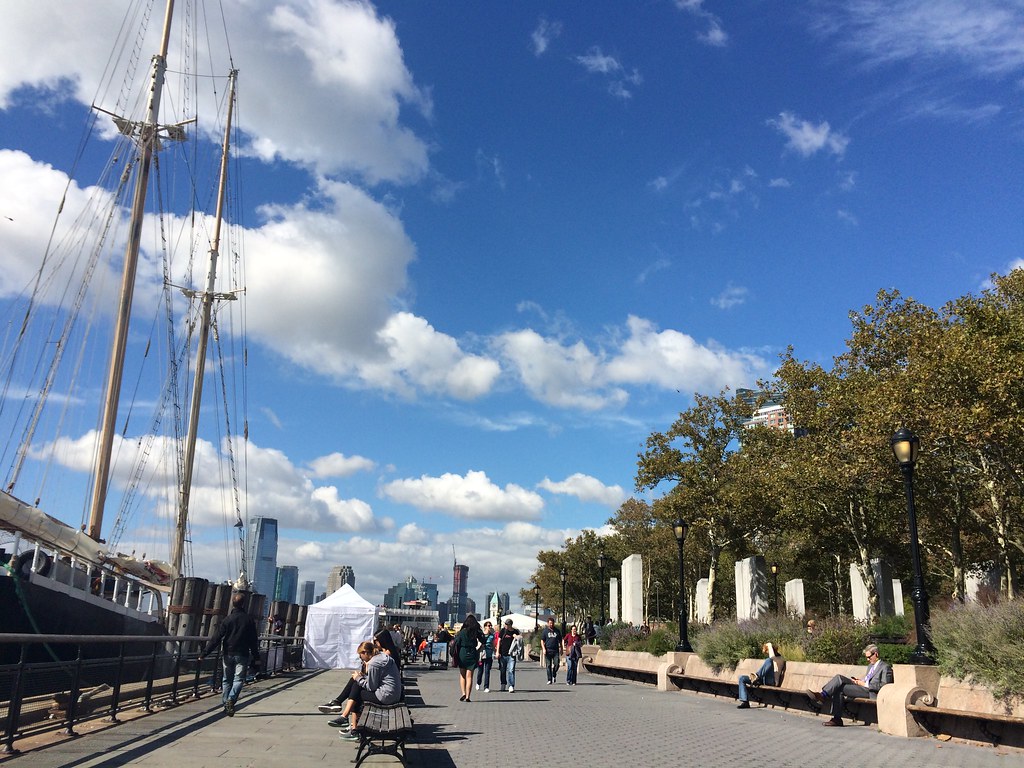 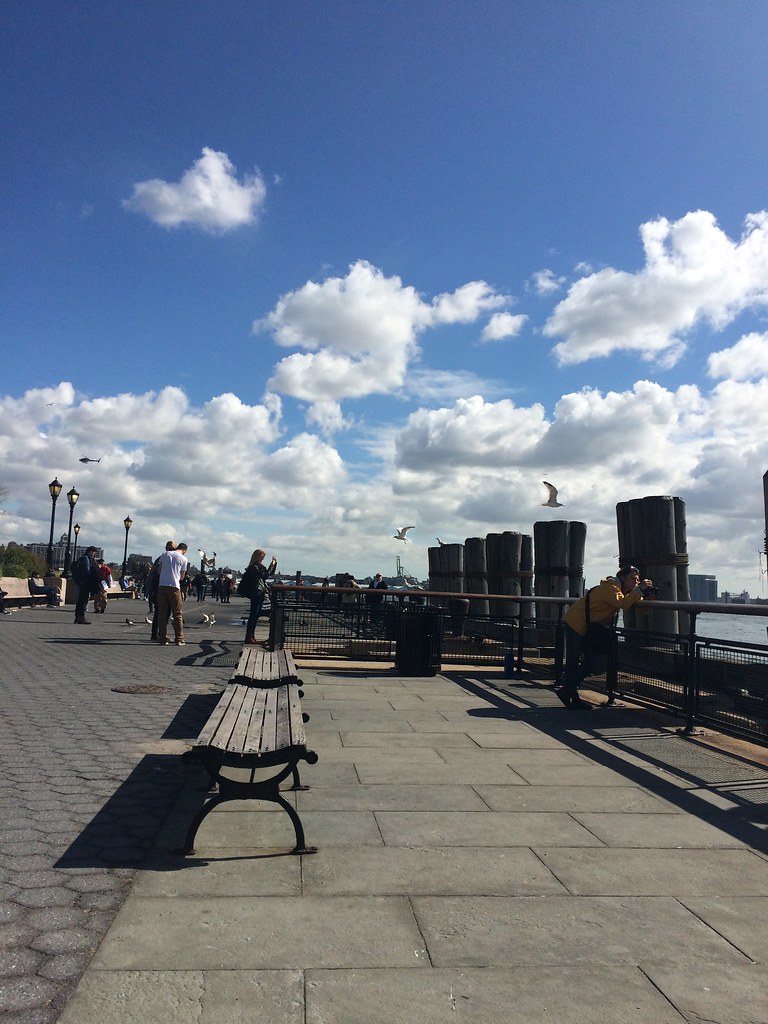 The Staten Island Ferry is a must do activity when you’re in New York, it’s completely free and it’ll take you past the Statue of Liberty and offer fantastic views back across to Lower Manhattan, there’s even a bar on board to grab a beer and enjoy the views! 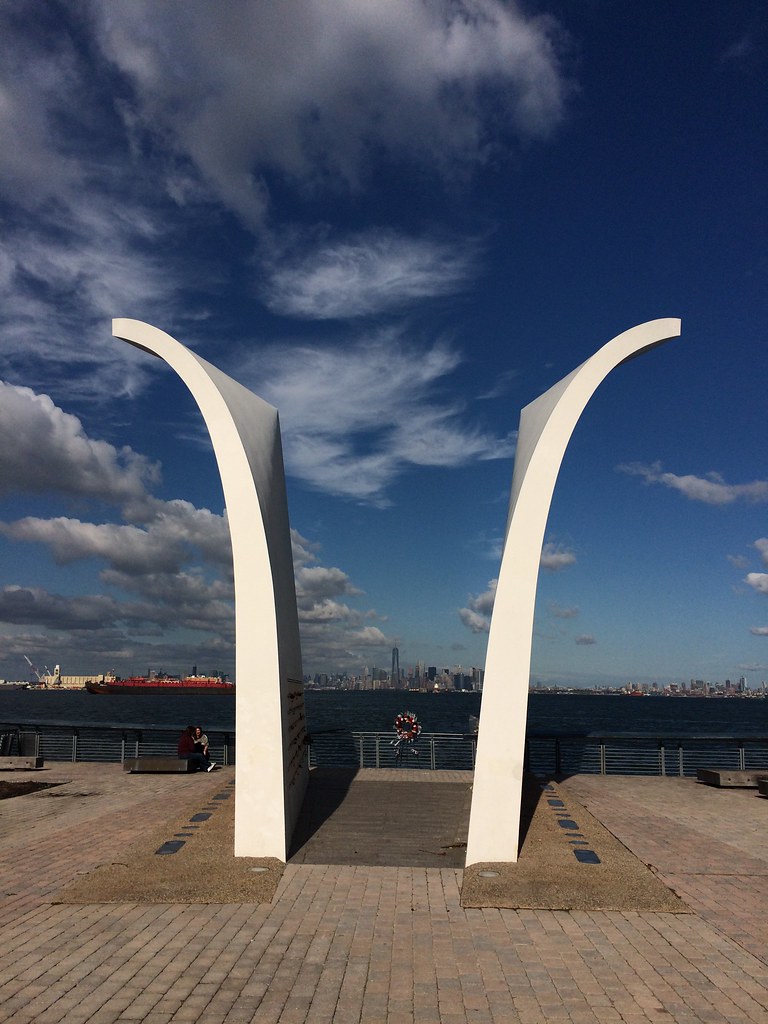 Nothing divides New Yorkers like bragging rights to the city’s best pizza. With so many variations (fresh mozz, grandma pies, and would you like some veggies on that?) there is surely a flavor to appease everyone in the family. Pizza is a relatively cheap meal, and an easy way to make your time in the city truly authentic. 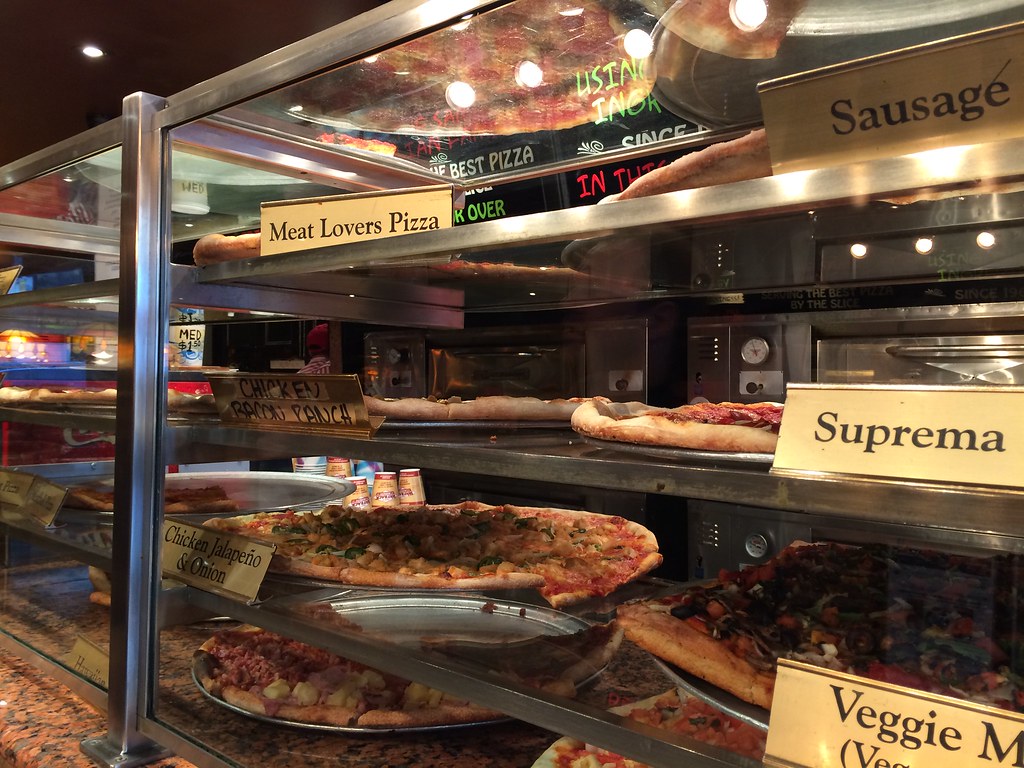 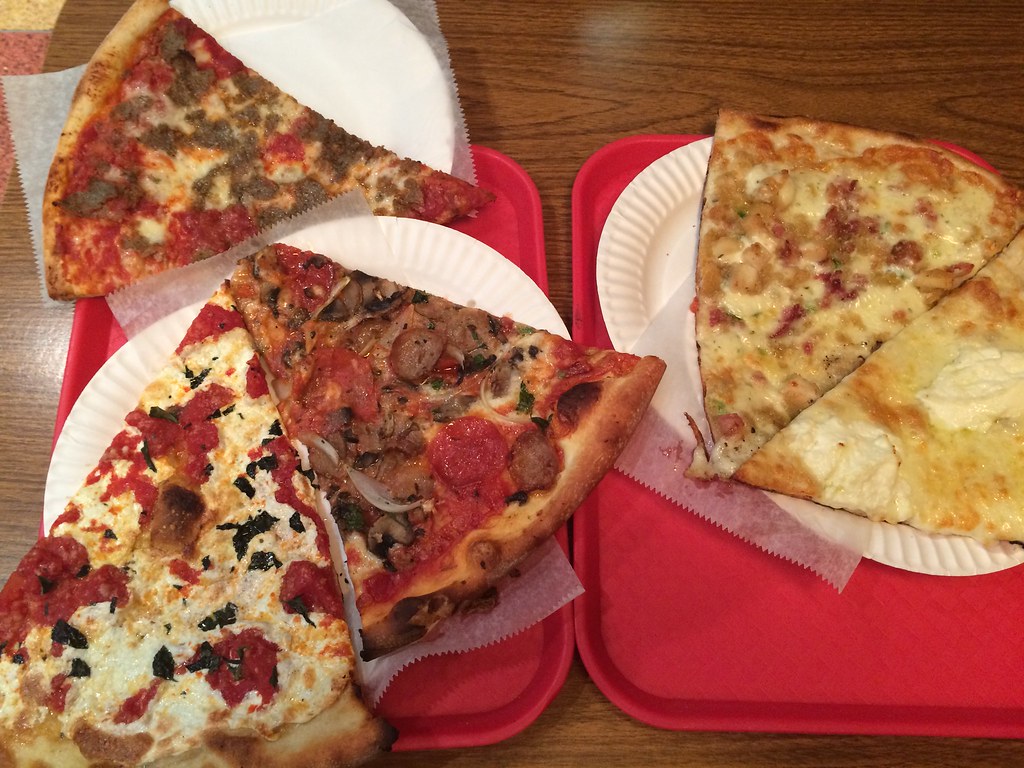 New York City is a big place with a lot to do.

If you’re coming to New York City and have the time, I recommend staying for at least five days. But if you’re pressed for time, following these tips will give you a full three days of fun and excitement in the city that never sleeps.

If you try out any of the activities above, be sure to let me know how they went in the comments below!