Madame Tussauds Hong Kong Wax Museum is one of the most famous attractions located of the top of The Peak. Even if you have been to other Madame Tussauds museum around the world, this is still a must-see especially so for Asian visitors as the characters in this museum are contextualized for Asia e.g. Asian leaders and entertainers. If you are a fan of Hong Kong movies and songs, chances are you will find your favorite singers and actors here – perfect opportunity to literally rub shoulders with them.

Madame Tussauds Wax Museum Hong Kong is divided into 10 different themed zones. Let me give you a tour.

Hollywood A-list stars meet Asia VIPs at the hottest celebrity party in town and I was invited. JK! 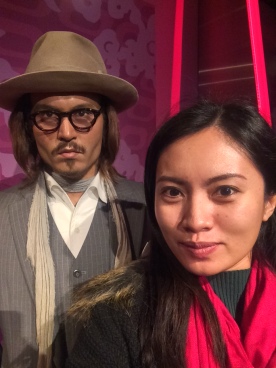 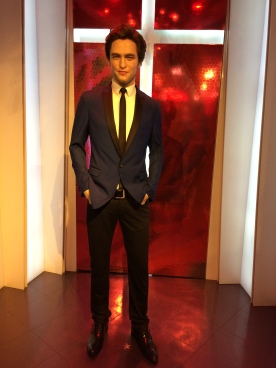 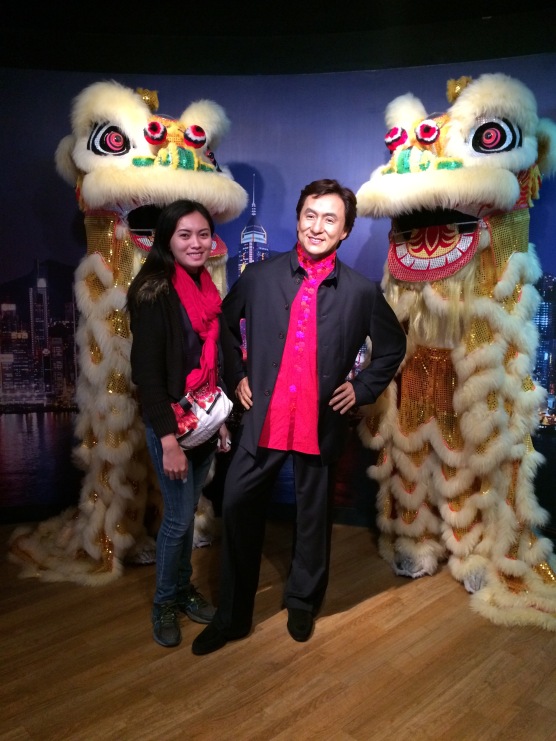 I was jumping for joy especially when I saw one of my most favorite actors, none other than Mr. Benedict Cumberbatch. I’ve always been a fan of his work from Sherlock Homes to Doctor Strange. I was trying so hard not to unleash my inner crazy fan girl in the room! 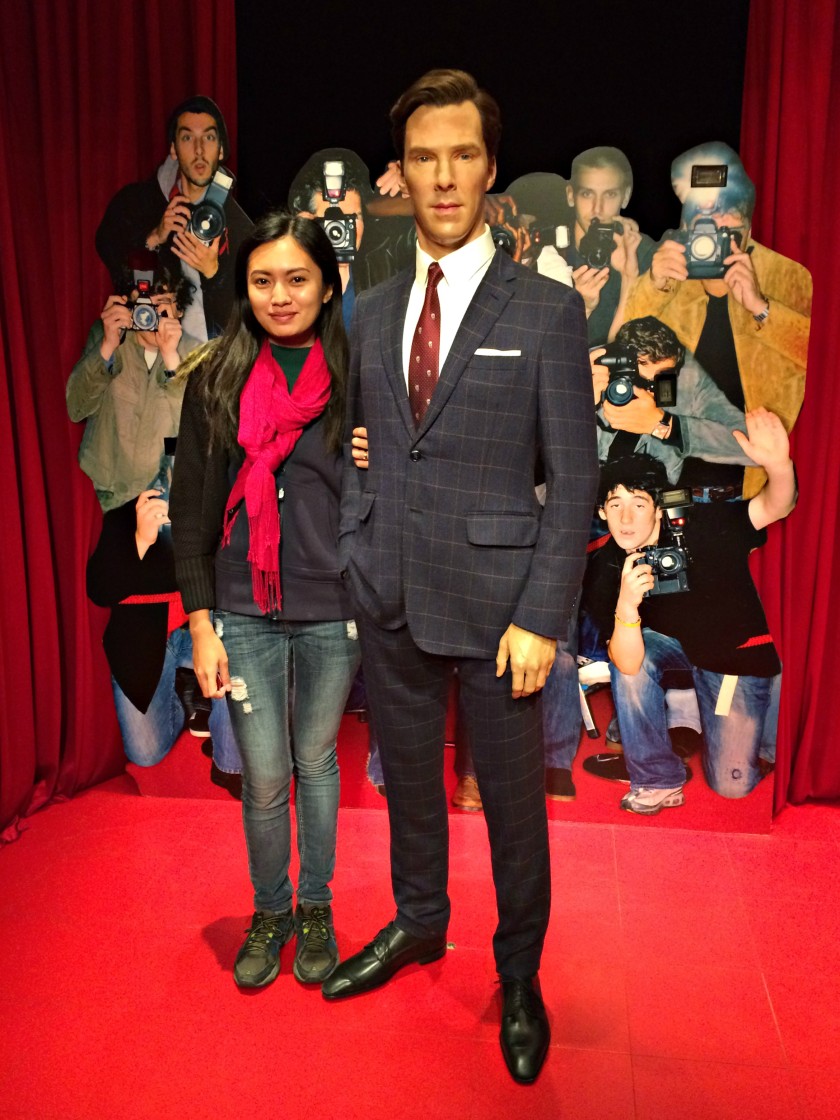 Angelina Jolie was there, too (while Brad Pitt was on the other side of the room).

Even her tattoos were replicated. 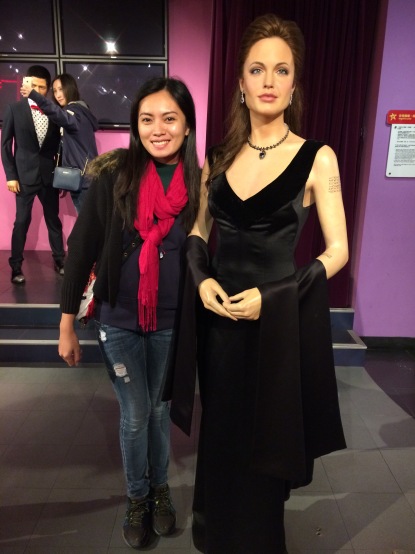 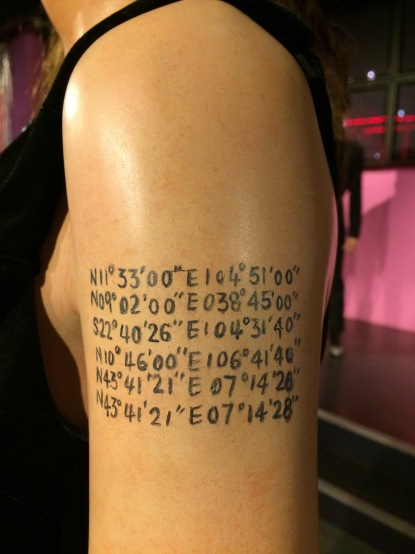 I became a part of the British Royal Family and met with Her Majesty Queen Elizabeth II, the Duke of Edinburgh and Princess Diana.

I’ve already been to the Tower of London and Buckingham Palace so I think it’s about time to meet the people in it. I was even honored to have a seat in the palace! 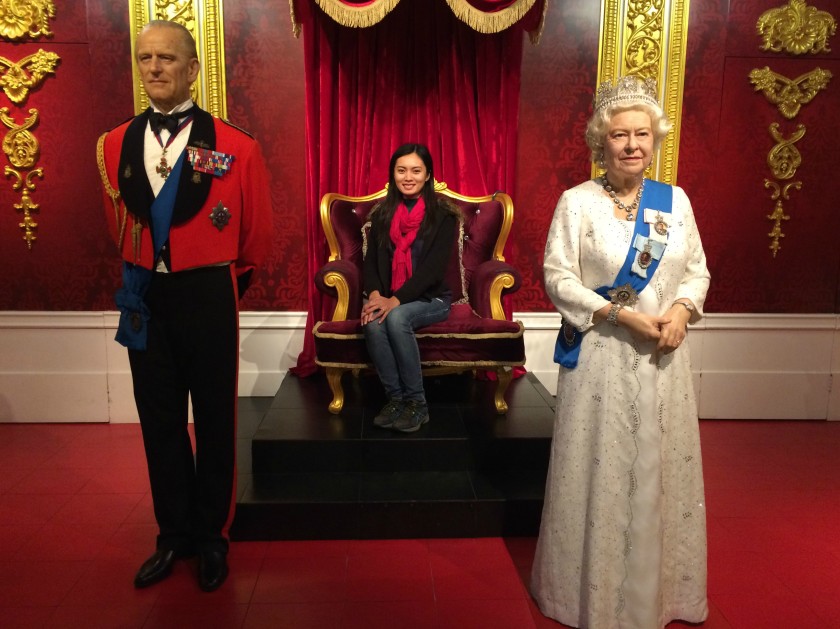 This a contemporary yet classic room where I met some of the world’s most famous historical and political leaders and icons from the world of Science and the Arts.

Unless you are well-connected in high places in the political field, I guess The Hong Kong Madame Tussauds Wax Museum is the only place where you can get up close and personal with many world leaders from different countries in less than 15 minutes like what I did e.g. Hu Jintao, Barack Obama, Gandhi and Soekarno. 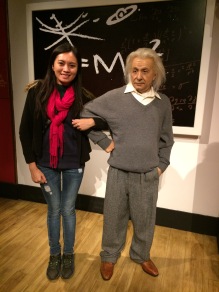 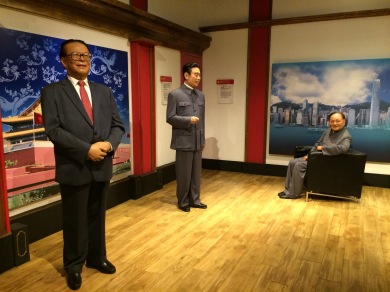 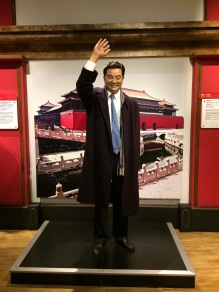 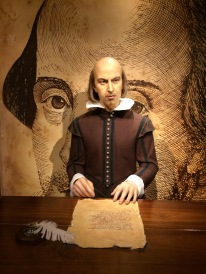 Explore her inner world and release yourself in the experience of ‘self-obliteration’.

This features a range of movie starts from the early black and white Hollywood era through to the who’s who in the contemporary animation and Asian film industry. It was so much fun to be in the same photo with my girls Audrey and Marilyn. 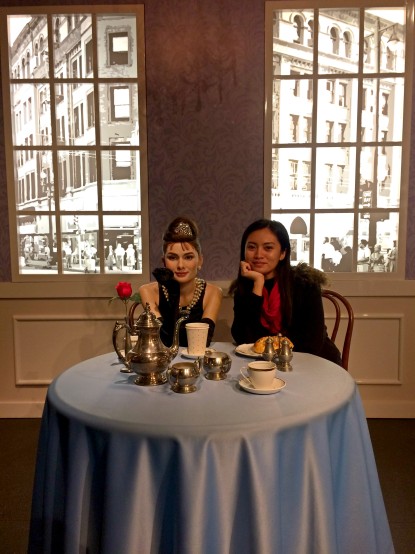 Hong Kong’s first permanent tribute to martial arts and local Kung Fu films. It recreates classic combat scenes from Asian Cinemas. I’ve known Bruce Lee and Jackie Chan’s works since I was little and Donnie Yan has been my recent favorite that’s why it’s heartwarming to finally see them for real, I mean their wax figures. 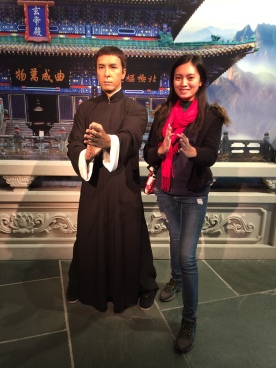 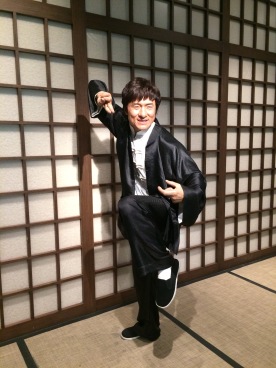 The Korean Wave is taking Hong Kong by storm! Set against the distinctive backdrop of Myeongdong Street, the K-wave Zone provides the perfect opportunity for fans to explore the vibrant city of Seoul together with the wax likeness of their favorite Korean celebrities.

On your marks, get set, go! Record breakers, Olympic medalists, team players, individuals…if you can’t beat them, join them there!

We all know that the famous Chinese basketballer, Yao Ming is tall – to know really how tall he is – check out his wax figure in the museum – we are not even at his armpit level – no wonder he is playing in the NBA league, playing with the giants of the basketball arena. Nonetheless, you can try to play dress-up with the famous Yokozuna sumo wrestler in Japan and play golf with Tiger Woods.

This zone takes guests on a musical tour through the decades: featuring past and future legends from almost every continent. 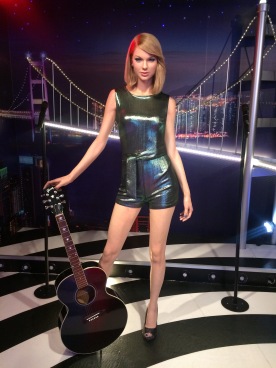 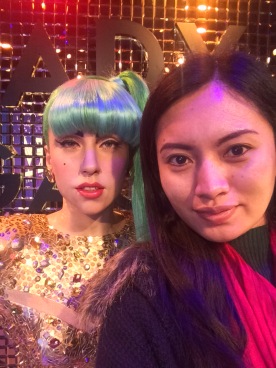 This place immersed in a world full of virtual characters. Different superheroes and characters awaited to create an unforgettable experience together. 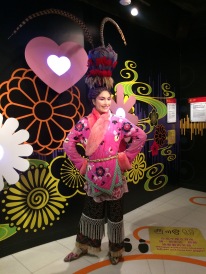 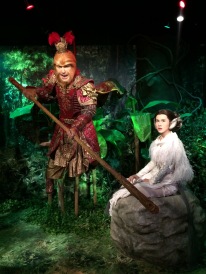 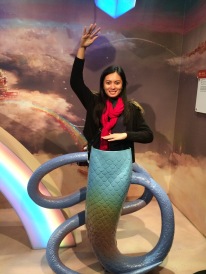 Just to give you an idea of wax figure making process, they make a clay model of the head and body which is used to create a mold. Wax cast of the head and hands are made from the mold, and the eyes are inserted. Each eye is hand-painted to achieve a perfect match of the original. Real human hair is then inserted strand by strand. Can you imagine that? 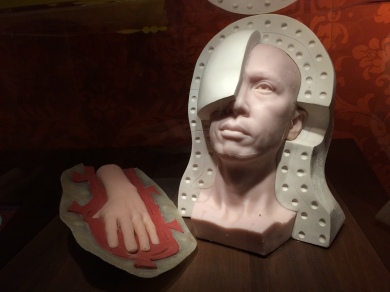 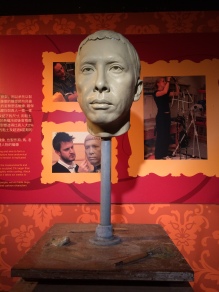 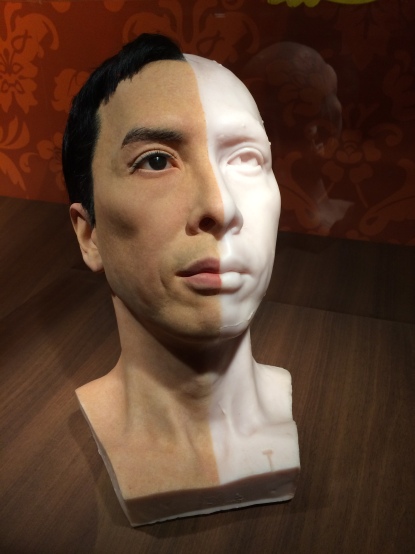 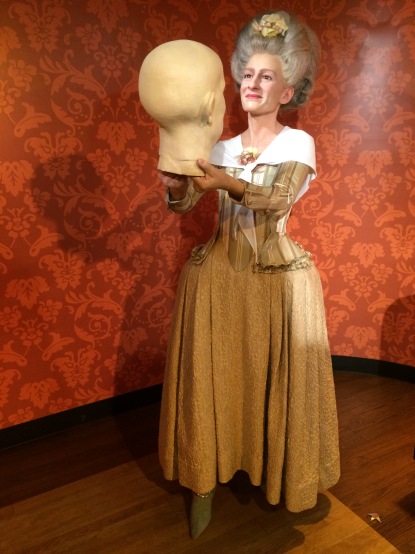 In addition, the head and hands are colored using a blend of oil, water and acrylic color. From the mold, the body is cast in fiberglass, and the head and hands are fitted to the fiberglass body and dressed in clothes that are often donated by the celebrity. The whole process usually takes up to six months by a team of 20 people to create and cost about HK$1 million each. Yes, that expensive. Good thing I was careful enough not to destroy those wax figures since I was hugging them one by one.

Visiting Madama Tussauds Hong Kong was absolutely worthwhile since the lifelike wax figures in this museum were truly entertaining. I love looking at celebrity wax figures because this is the only way for me to see my favorite celebrities up close and personal. At least here, I can take photos and selfies with them effortlessly.

*I had complimentary admission to Madame Tussauds HK in return for our honest and open review. The views and opinions expressed on this post are purely ours and not influenced by the hotel and its affiliates in any way.

Hey there! I am a small town girl who used to work as a Software Engineer for a Fortune 500 company. I left my 9-5 job to travel the world. I am a certified Level 2 scuba diver, a Vinyasa yogi and a former IT professor. I love trekking the mountains, fishing and camping. I speak 5 languages. Cheers! View all posts by Sarah B.