I’ve always had deep fascination for centuries old cities and structures wherever I go. Working as a Software Engineer, I call myself an ‘old soul lost in a digital world’ for admiring (or rather obsessing) about historical sites. I guess this explains why I’ve always been longing to explore Europe for years. There’s a certain enigma that draws me to places that hold so much history in its walls. So, after our wonderful and cool (literally and figuratively) weekend in Tagaytay, my cousins and I decided to pop over to Intramuros before taking our flight back to Cebu to get some historical fix. 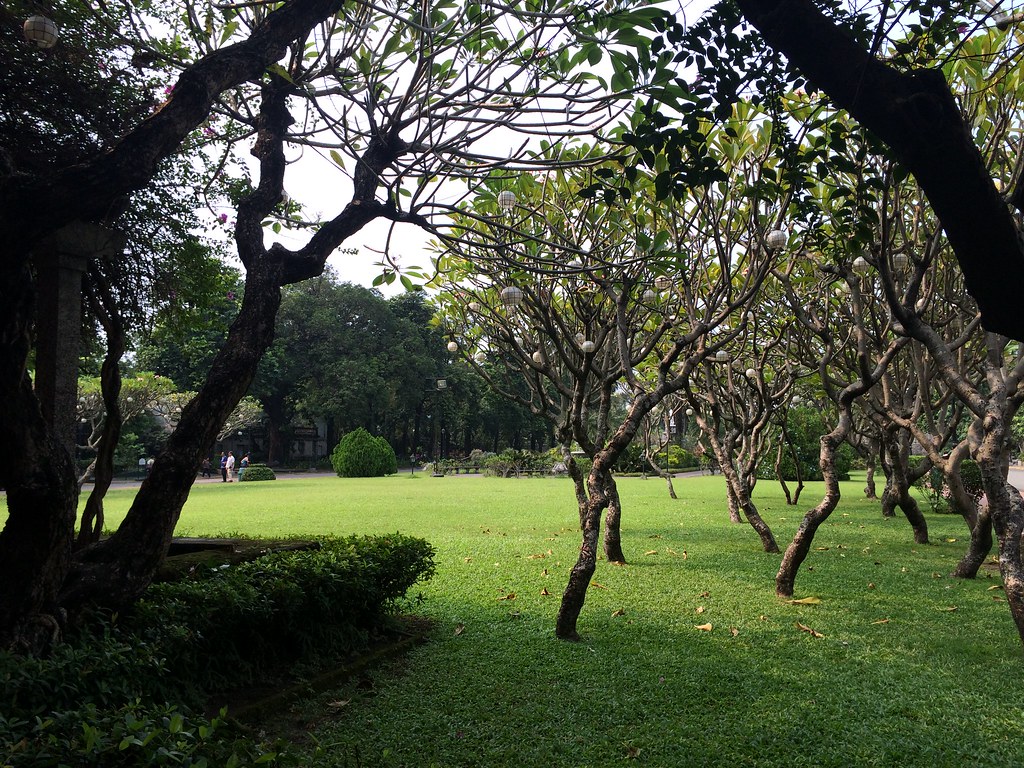 Intramuros was coined as the Walled City as the Spanish term literally translates to “within the walls”. It housed the seat of government back in the days when the Philippines was still under Spanish rule. One of its most notable structures was Fort Santiago or the Fuerte de Santiago. Located at the mouth of the Pasig River, Fort Santiago served as a citadel and defense fortress for the then newly established city of Manila. It was built by Spanish conquistador Miguel López de Legazpi and is considered one of the most important historical sites in the country. 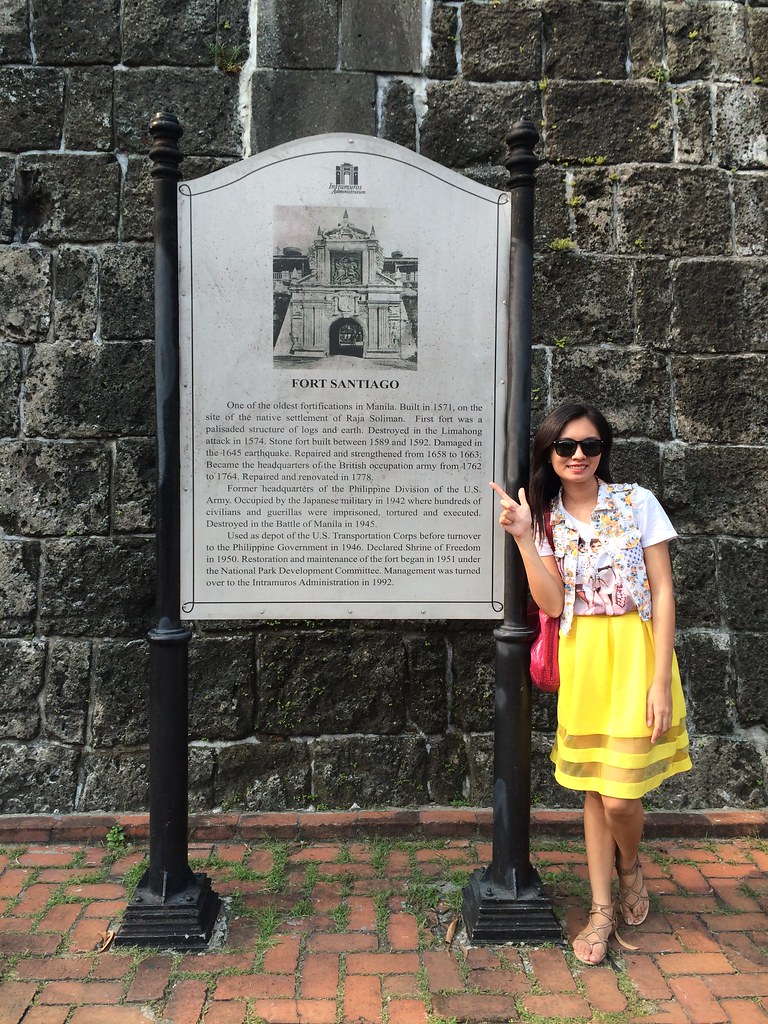 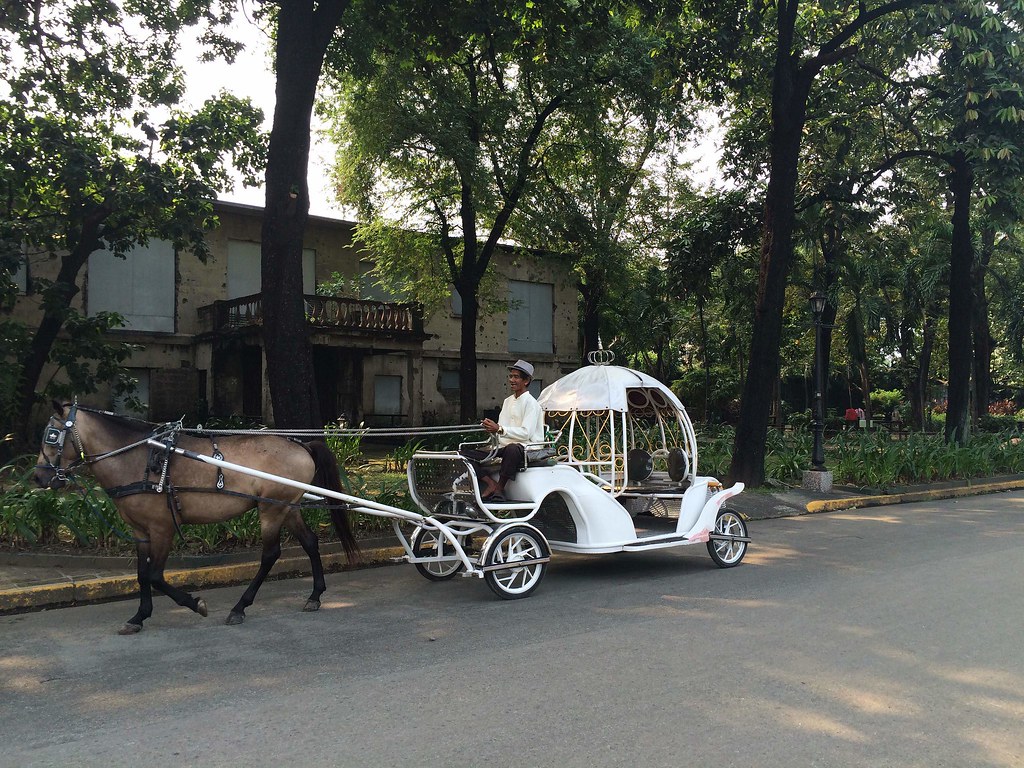 Today, it serves as one of the most popular tourist spots in the Philippines with beautifully manicured gardens, picnic tables and benches to lounge on and eat as well as a museum dedicated to the national hero, Dr. Jose Rizal. Inside Fort Santiago is the Jose Rizal Museum which displays a huge collection of memorabilia of the hero, his works and other historical items. Unfortunately, it was closed when were there (bummer) so we continued to wander around the Fort. 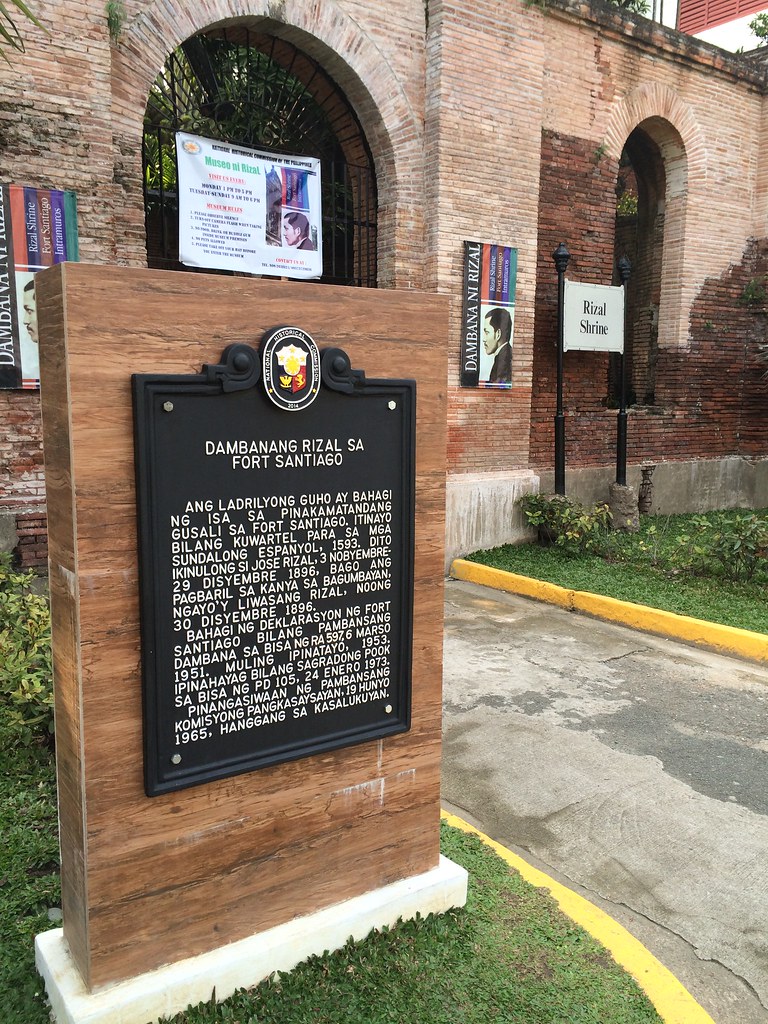 We stumbled upon Rajah Sulayman Theater otherwise known as the Dulaang Rajah Sulayman. It is an open air theater under the grounds of Fort Santiago which are ruins of a former Spanish military barracks. 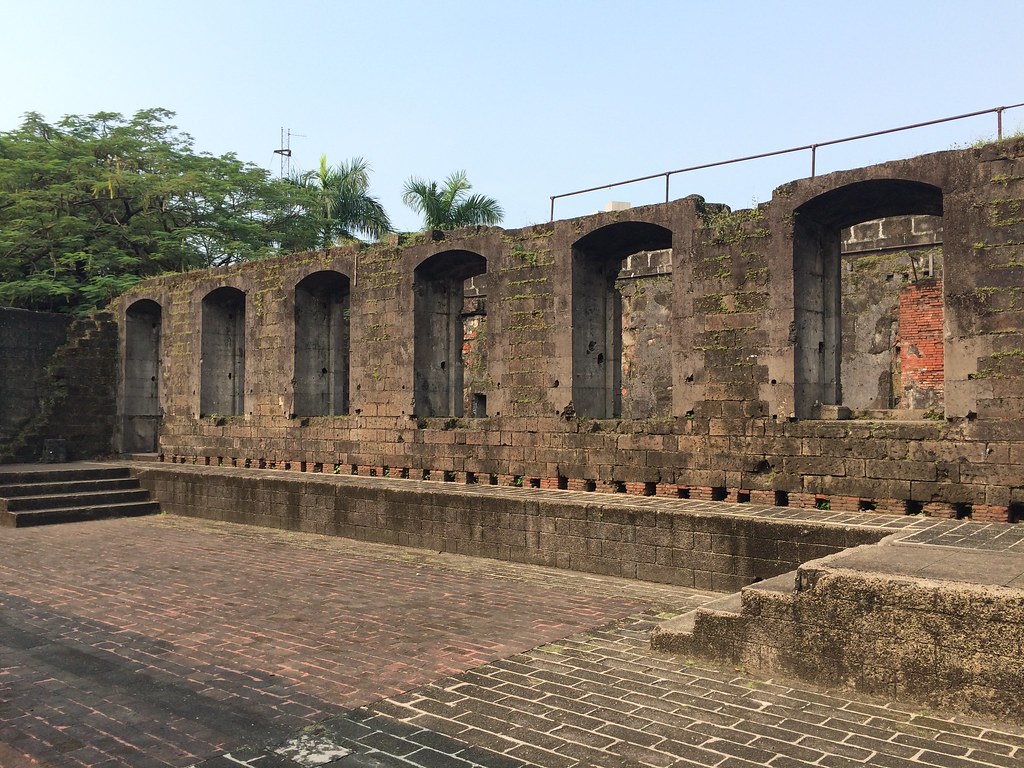 The Fort also had dungeons and cells which were used during the Spanish Colonial Period and World War II. What pricked me was the manner in which the dungeons were designed. They have been strategically placed in a way that should the tides peak up, water would infiltrate the dungeons and the prisoners inside. 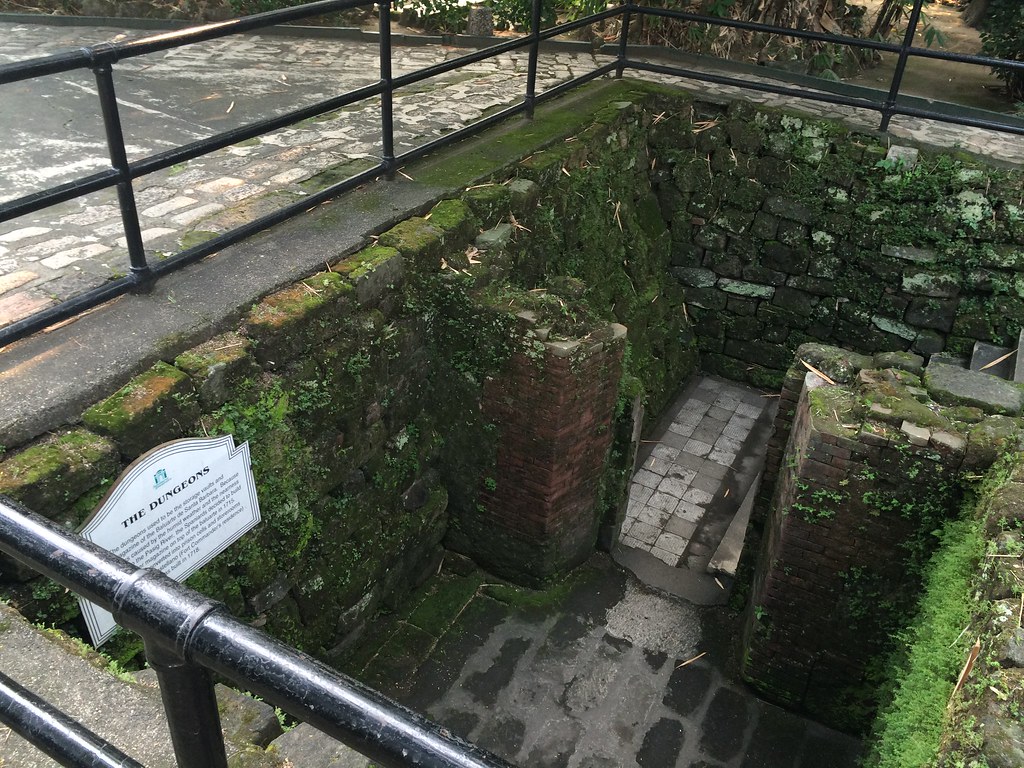 The Philippine national hero, Dr. José Rizal, was imprisoned here before he was executed in 1896. In fact you will see bronze footprints fastened to the ground which represent Rizal’s final walk from his cell to his execution. Rizal unlike other heroes had a pen instead of a sword. He wrote the novels Noli Me Tángere and El Filibusterismo during the Spanish colonization to expose the inequities of the Spanish Catholic priests and the ruling government then. 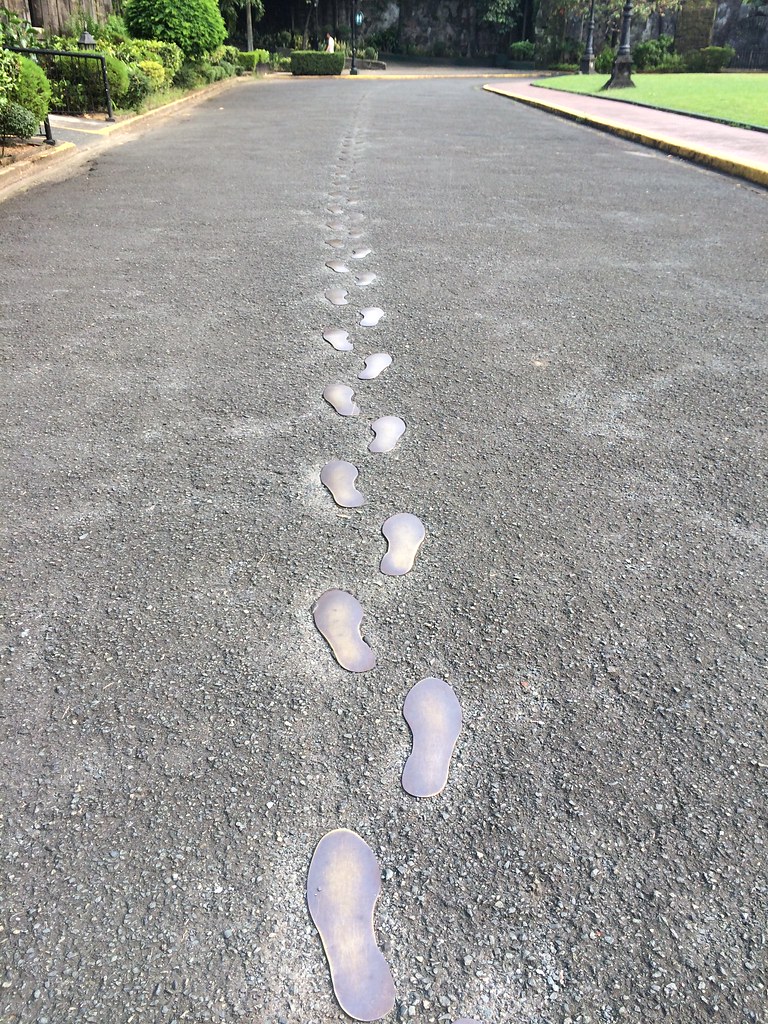 Fort Santiago is one of the most famous tourist attractions in Manila that reflects the country’s long struggle for independence. So, if you want to get an additional piece of knowledge about the country’s glorious past and cultural orientation, include it in your itinerary when coming to Manila.

Have you been to Intramuros? Which site was your favorite?