Bagan is easily one of the most popular attractions in Myanmar. This must-see wonder is a bit like Cambodia’s Angkor Wat in significance and spectacle, minus the crowds. Bagan is known for it’s temples and pagodas, there are literally thousands. At one point, when the kingdom was in it’s prime, it is estimated that there were 10,000 temples. Today however, after time, weather, and the earthquake of 1975, there are a little over 2000 temples and pagodas left for exploring.

You might have to set aside 2-3 days for your Bagan temple run. Bagan is a place to rush through, and you’ll just leave feeling exhausted and may not appreciate it in the way you perhaps could. However many days in Bagan you plan, you’ll end up wanting more. 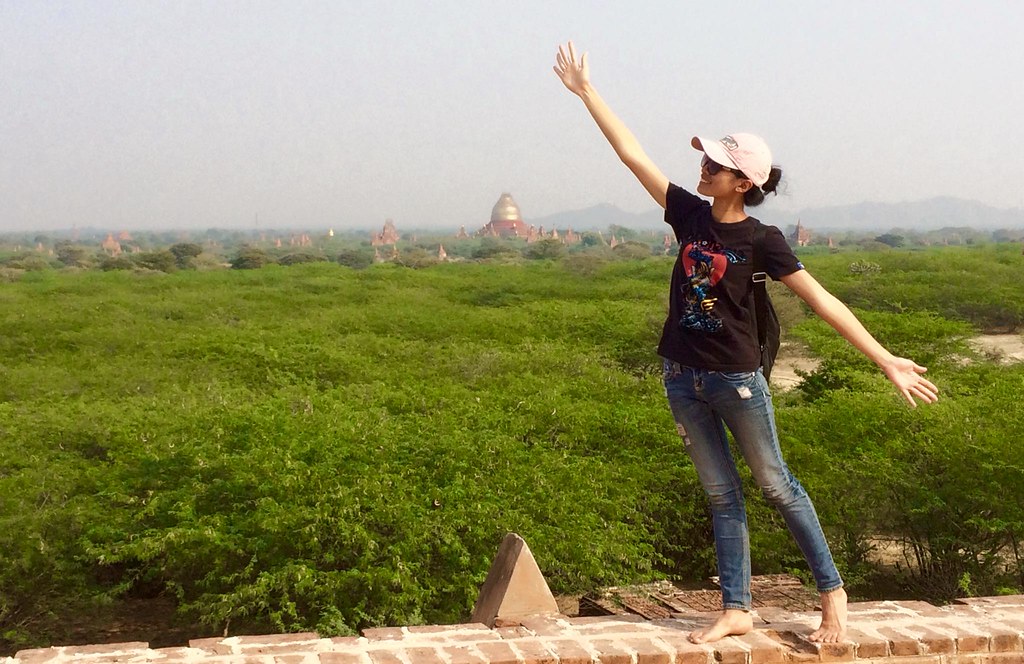 Avoid the crowds by getting out for the early morning. I suggest getting up and on the road before 6am. The majority of the touts don’t come out until 8:00 or later, and they’re lazy in the morning anyways. The sun isn’t as intense, the air is cooler, and the light is great for photos. Add the fog and smoke in the air, and you’ve got yourself a magical morning just waiting for you. So get out of bed, grab your jacket, and fire up that e-bike! 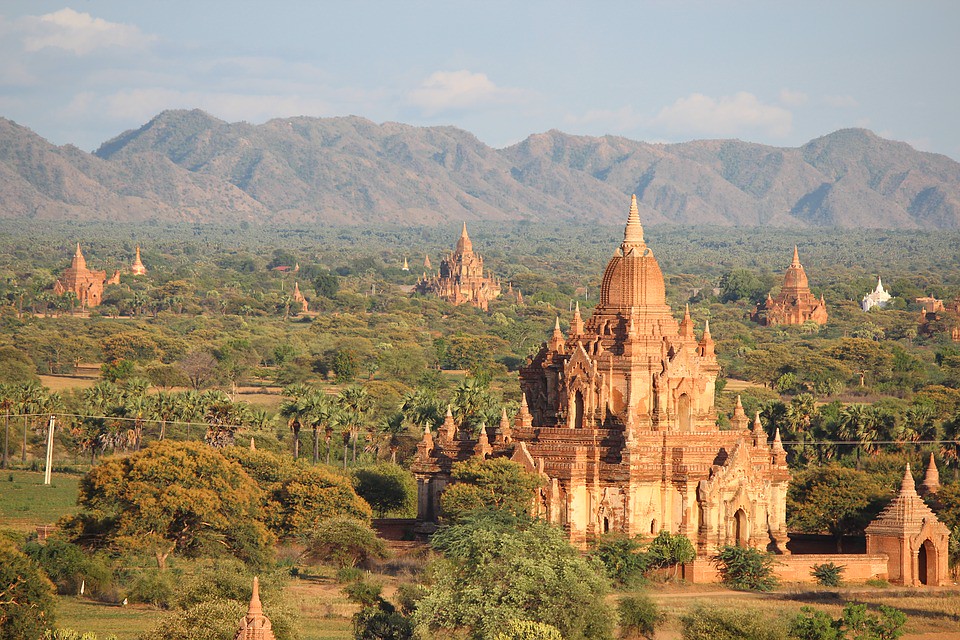 The ultimate Bagan experience involves getting up super early to watch the sunrise. For those who have the money, hot air balloon rides over the temples are an incredible way to start the day. However be prepared for fork out $350USD+ per person, and book well in advance (weeks, if not months). 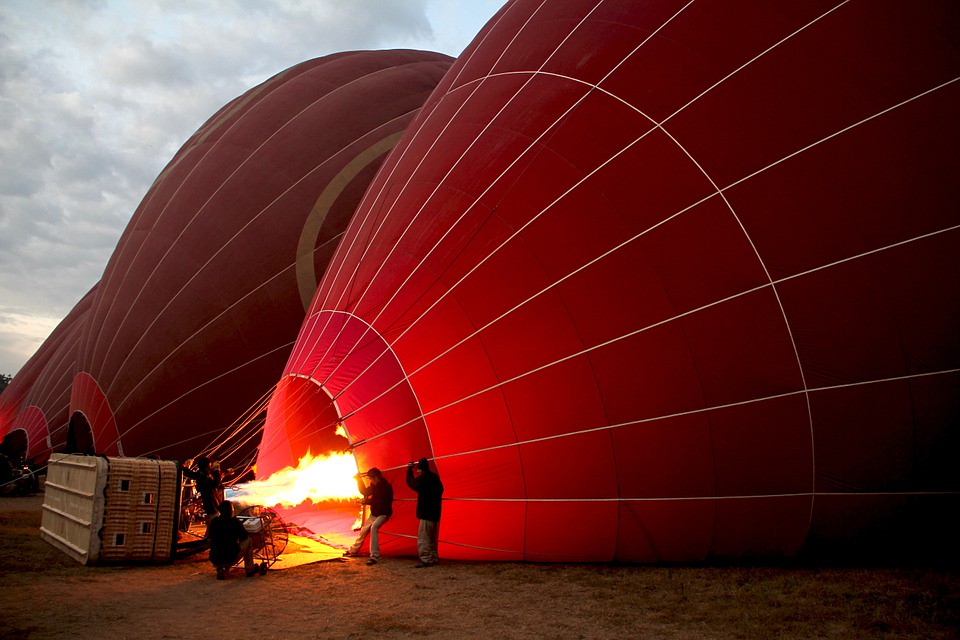 So, where do you begin temple hopping in a country that once had 10,000 of them? The best place to start is the 26-mile plain of Bagan, also known as the Bagan Archaeological Zone. With so many choices, here are the top temples to visit in Bagan to kick off your Bagan adventures.

Built in 1105, Ananda is one of the oldest temples and the largest, measuring 290 feet (a bit shorter than a football field) with pyramid-like terraces that reach 167 feet. Four towering golden Buddhas look out from the central cube in the four opposing directions.  Doors of carved teak guard small Buddha statues in niches along the four entrance halls. Wall paintings, stone carvings, and elaborately decorated tiles cover each tier. 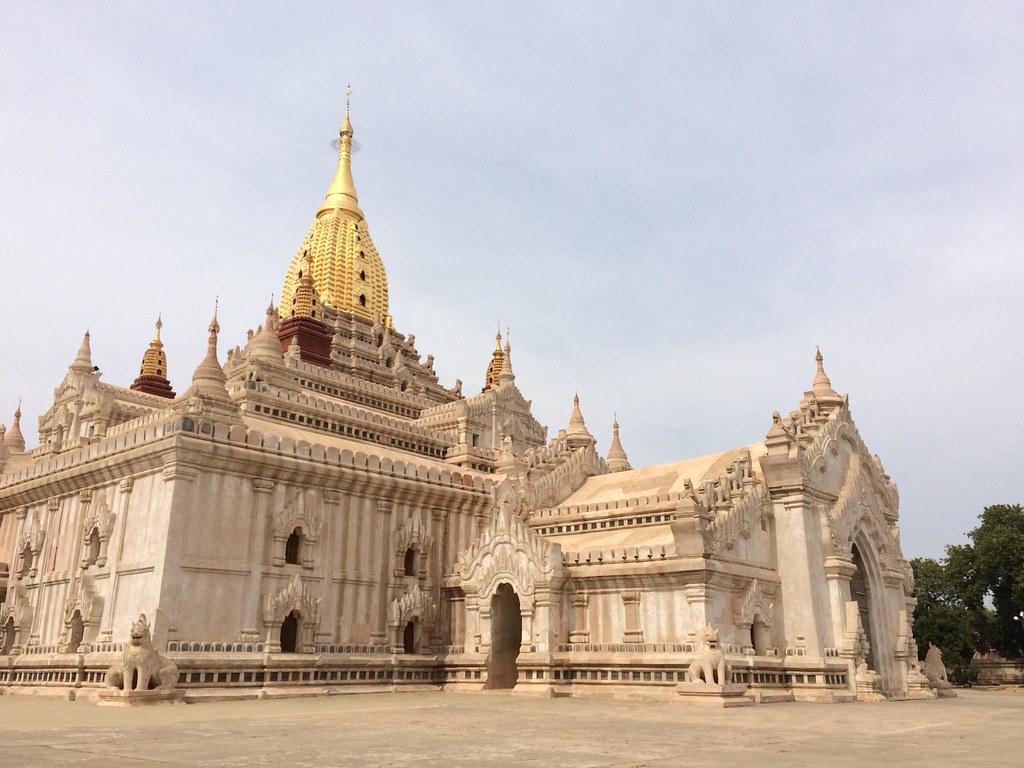 The bell-shaped stupa of sits on five receding terraces and towers 328 feet above the Bagan plain, making it even more imposing than the Shwedagon Pagoda in Yangon. King Anawrahta, founder of the Bagan Kingdom, built the pagoda in 1057.  Like most pagodas, this contains a religious relic—a hair of the Buddha—that was a gift to the King. Shwesandaw is sometimes called the Ganesh Pagoda for the stone statues of the Hindu elephant god, Ganesh that once guarded it.

This can be found in Old Nyaung-U, constructed in 1102 AD. It’s one of the main temples in all BAZ, said to be housing a bone and a tooth of Buddha. It is considered one of the oldest and most sacred temples in Bagan. It resembles the famous Shwedagon Pagoda in Yangon and it is also covered in gold. Make sure to visit in the morning as the floor can get really hot in midday. 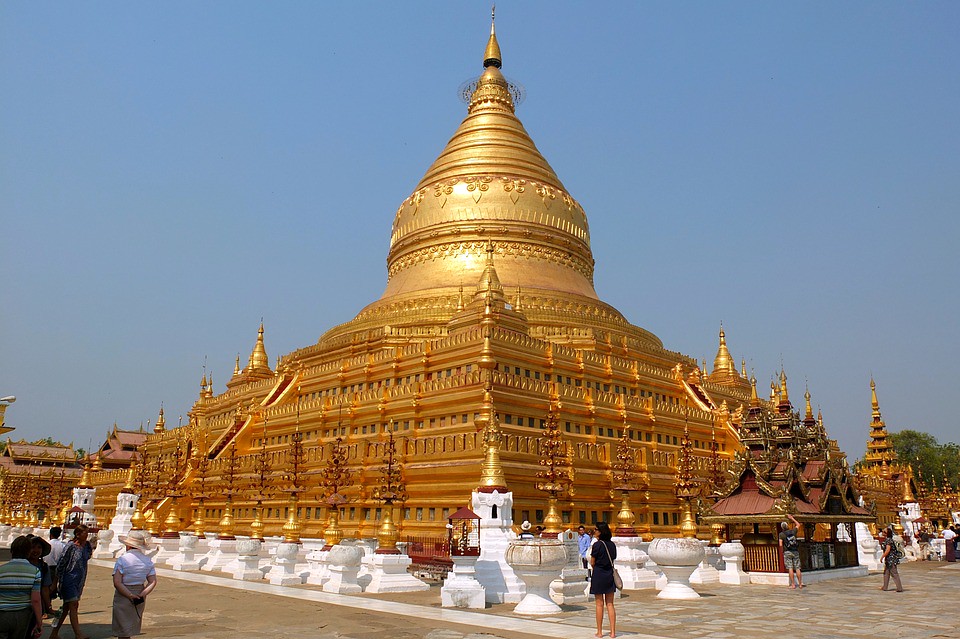 This is one of the most unique temples in BAZ, since it’s the only one that follows a Hindu architecture. Inside if, of course, is a Buddhist image.

This is the largest and widest temple in all of Bagan. It follows the plan of Ananda Temple. Dhammayangyi Temple was built by the tyrant King Narathu during his three year reign. From a distance, or ballooning above, the temple looks like an Egyptian pyramid and it’s the most massive in size structure in Bagan. Locals refer to it to the haunted temple and think it is haunted with the sins of the ruthless King Narathu who killed his own father, brother, and queen. Others think there are hidden treasures behind the blocked up walls. The temple is also home to the rare double Buddha statues.

Built in 1144, Thatbyinnyu is the tallest of the Bagan monuments at 61 meters high. It’s adjacent to the much busier Ananda Temple, so again we found we had the temple practically to ourselves to explore. 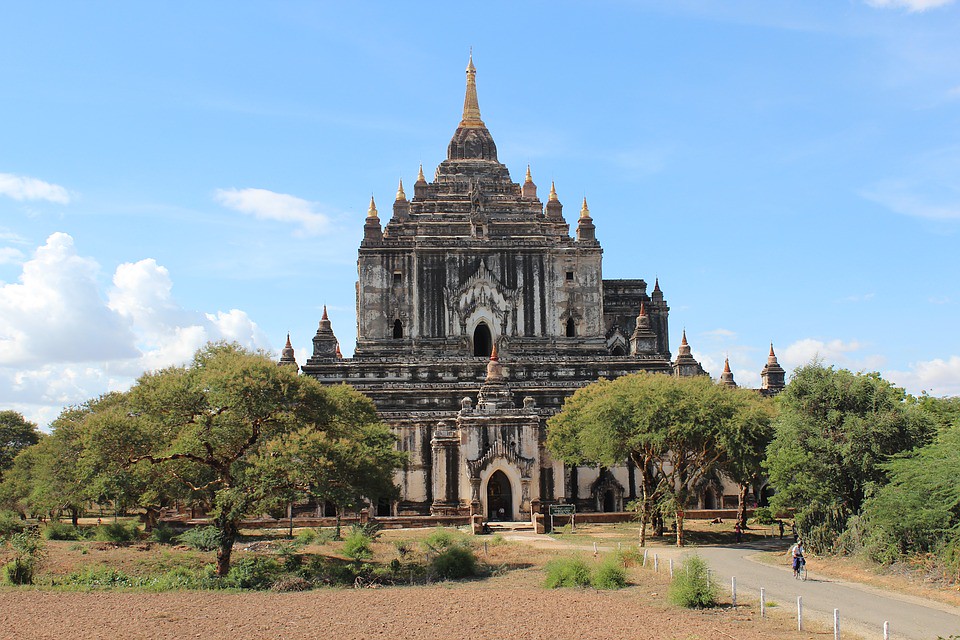 You enter the red-brick Sulamani Temple through a gateway and it’s like entering another world as you walk the pathway to the entrance. It’s one of the most visited temples, so is another favorite of the hawkers. They’ll quit pestering you for a dollar and in return give you a tour. The temple has frescoes, though all but the ones on the south have been badly damaged because of their exposure to the elements. Because of the vaulted openings, the light filtering in this temple is lovely.

4 Digital nomad essentials to live by

Life-saving hacks to conquering the Matterhorn

5 of the most awesome things to do in Morocco

There was an error retrieving images from Instagram. An attempt will be remade in a few minutes.