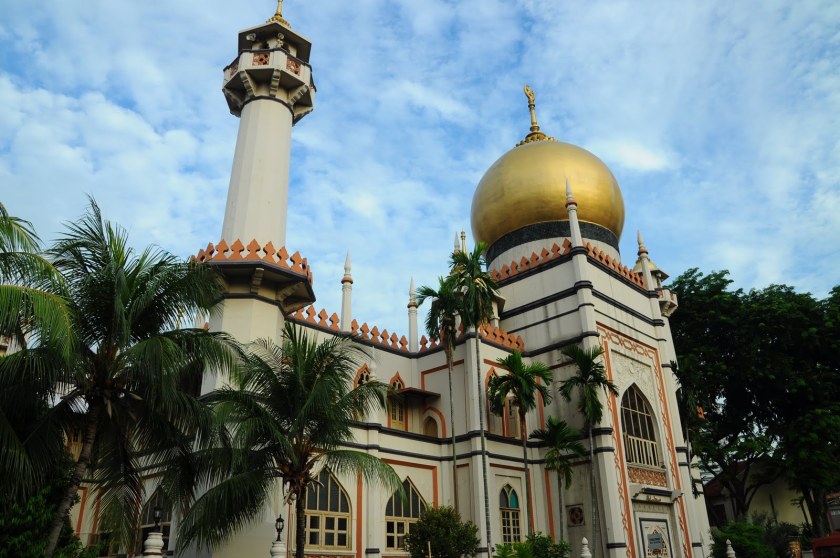 Singapore is a multicultural city-state; it is home to a variety of people from diverse religious and racial backgrounds. Malay, Chinese, Indian and Middle Eastern cultures are present in Singapore creating a blend of customs and traditions.

One of the main things that have made Singapore a force to be reckoned with is the significant steps undertaken in modernizing the city-state. However, this is not the only thing. Expansion of Singapore’s cultural realm has also played a significant role in attracting tourists from all over the globe. Singapore consultancy firms are playing a substantial role in aiding tourists and investors in acquiring their travel documents and incorporating easily.

Since gaining its independence, a variety of distinct localities named after the majority of people occupying the area have popped up like Little India and Arab Street.

Arab Street is one of the oldest and most fashionable Muslim neighborhoods that has continued to grow over the years. Once an overly active locality, Arab Street has transformed into a tranquil place. Beautifully crafted and colorful souvenirs, clothes, rugs, etc. are a common sight in Arab Street. Also, spicy tea and cuisines influenced by Middle Eastern cultures are typical in the eateries within Arab Street.

But unlike the name suggests, Arab Street is made of several other lanes and streets: Bussorah and Muscat Streets and Haji and Bali Lanes. It is located in the culturally rich Kampong Glam region.

What are the standout features that have led Arab Street to become recognized as a longtime cultural center in Singapore?

It is a traditional and historical Muslim place of worship doubling as a tourist center. It was built over 200 years ago. Apart from being a religious place for Muslims in the area, it also holds a special spot in Singapore’s history. In the early 18th century, Singapore at the time was known as Temasek and was led by Sultan Hussain Shah, who commissioned the building of the mosque in the early 18th century.

However, the original Masjid Sultan Mosque was brought down, which paved the way for the current mosque that was finished in 1932. It has been nicknamed Singapore’s national mosque. Despite it being a Muslim place of worship, people from other religious backgrounds are allowed to visit.

One of the top must-see places when in Arab Street is the Kampong Glam Café. Local Malay, Singaporean and Malay dishes are synonymous with the eatery. There are a wide variety of dishes from which to choose.

Just as the tagline ‘Vintage Dresses & Toys: All Things Handmade’ on its wall suggests, Craft Assembly is home to handcrafted art pieces. Bags, dresses and unique jewelry fill this place. Its primary focus has been providing a platform for local Singaporean artists and designers to exhibit and market their works.

Soon Lee is a store mainly focusing on female fashion. Products in the shop range from books to diverse clothing designs from both international and local designers. It includes casual and official clothing brands that shoppers will love.

Me and my itchy feet ❤️
According to neuroscientists, when we travel, we rewire our brains. This is because new experiences are the key to building new neural pathways in the brain. By rewiring your brain, you become more creative and accepting of new ideas. This is why travel makes you happy.
To everyone with a dream, know that your dreams are valid. On your path, you are never denied, only redirected. Inspiring words from my fave Ms. Universe, @catriona_gray 🙌🏼
Life begins at the end of your comfort zone. 🌏
Pure bliss ❤️
At the beach, life is different. Time doesn’t move hour to hour but mood to moment. We live by the currents, plan by the tides, and follow the sun.
We live in a world that is full of beauty, charm and adventure. There is no end to the adventures we can have if only we seek them with our eyes open.
Took a 17hr train from Oslo to Bodø with @interraileu then crossed the Norwegian Sea over to the Lofoten islands. The long journey was definitely worth it! I would do it all over again. 😍
No landscape inspires quite like the mountains. They have that alluring quality, and climbing to the top can teach you a lot about life. While you dream of the summit and focus on the success of getting to the top, you realize afterwards that the most profound part was the journey and the effort needed to get to there. ⛰️