Macau is one of the most popular Hong Kong day trips that offers something divergent – whether it is some enticing Portuguese and Macanese cooking, striking colonial architecture, a UNESCO World Heritage city center or a hand at the baccarat tables. It is a completely different vibe from the big city of Hong Kong which is why our curiosity pushed us to pay a visit. Normally, I would spend a great deal of time (and stress) to research and put together a proper itinerary to explore a destination such as Macau but this time, Olivier and I decided to let our hair down and take one of Viator’s Macau City sightseeing tours.

We had no prior experience of joining group tours therefore, we had no expectations whatsoever. Although we wept over an early call time of 7:05 AM, it seemed only fitting since wanted to be back in Hong Kong in time for dinner and cocktails at Royal Plaza Hotel.

Right on the dot, we were picked up from the lobby and ushered towards the minibus waiting outside the hotel. Our guide explained that we had to pick up other tourists so we just have to sit back and enjoy a free sightseeing tour of Kowloon area for now. It was actually a nice opportunity to see more of Kowloon since we haven’t been everywhere in this side of Hong Kong.

One hour later, our tour group was complete and our guide started to give helpful insights about Hong Kong and Macau. He added some sense of humor in his narrations which made me glad for waking up at 6 o’clock in the morning. He led us to the departure gate and instructed us to proceed to the left hand side of the arrival hall once we arrive in Macau. Apparently, he’s not coming with us and someone else will “officially” start the tour once we get there.

Included in our tour package was a one-way ferry ticket with Turbojet –  the world’s largest operator of Boeing’s Jetfoils. Offering services every 5-15 minutes (before midnight), this is one of the speediest ways to get to Macau with only 55 minutes for a 60 kilometer voyage. 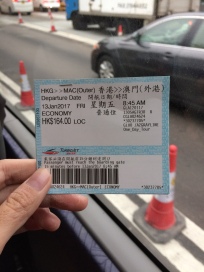 Upon arriving at the Macau Outer Harbour Ferry Terminal, we were welcomed by our official tour guide of the day. We were taken into a full size bus this time and other smaller groups have joined in. The sightseeing portion of our tour officially (finally) begun!

Ruins of St. Paul’s is the site of St. Paul Church that was considered as the greatest church in Macau, but the church was burned down in 1835 leaving only its very large and beautiful facade and the front stairway. 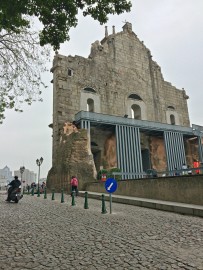 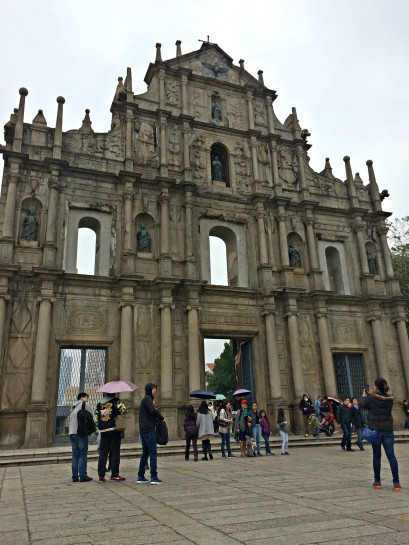 There’s no better symbol of Macau’s cultural diversity than Na Tcha Temple sitting quietly beside a major Christian monument – the Ruins of the Church of St Paul. Built around 1888, it’s dedicated to the child god of war to halt the plague occurring at that time. The wall outside, often said to be a section of Macau’s old city walls, in fact belonged to the former St Paul’s College located at the ruins. 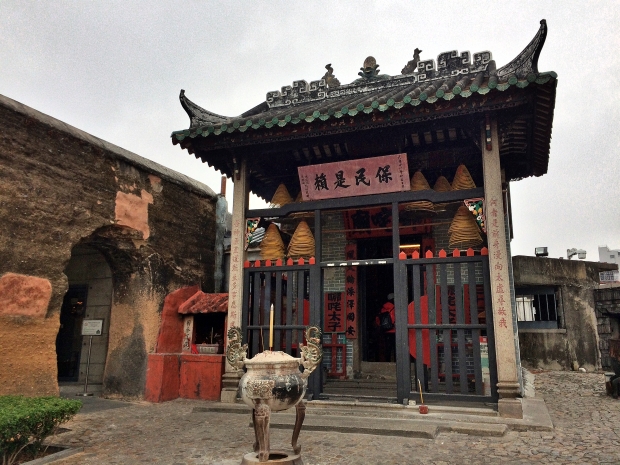 The Museum of Macau is the biggest museum in Macau. Located inside Mount Fortress right next to the Ruins of St. Paul, it’s comprised of three floors of exhibits that take you from Macau’s early days as a fishing port to the neon-lit gambling mecca that it is today. 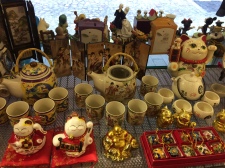 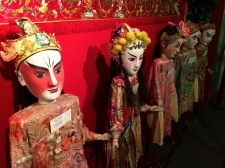 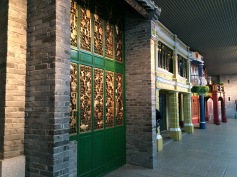 A-Ma Temple, located in the southeast of the Macau Peninsula, is the oldest temple here. Approximately four hundred years ago the Portuguese landed on a sea promontory near a temple. They asked the local inhabitants the name of the land, but the locals misunderstood, thinking that the Portuguese were asking for the name of the temple. So they answered ‘Ma Ge’. Later, the Portuguese translated the named into ‘Macau’ and used it to refer to the land. The temple is one of the three famous Buddha halls in Macau.

The temple is made up of six main parts, all containing architectural treasures and guarded by stone lions. The temple commemorates the goddess Mazu, who is said to bless the Macau fishermen and is a fascinating insight into local culture and beliefs with classical curling joss sticks and poems engraved into the side of the adjacent cliff. 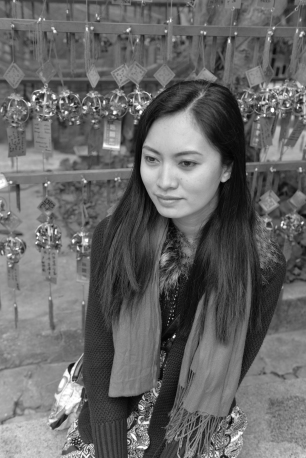 The tallest building in Macau is an impressive structure that stands tall as a mark of Macau’s willingness to embrace the modern age. From the highest viewing deck it is possible to see 55km away. If you have the courage to face it then have a go at jumping off the world’s highest bungee jump – you’ll reach up to 200kmph before eventually landing in a specially designed airbag. Admission to Macau Tower and the adrenaline pumping activities were not included in the tour price.

Part of the tour package is a sumptuous lunch buffet at Rio Hotel & Casino. There were plenty of choices from sushi to beef curry to seafood to noodles. My husband was crazy about the sole fish and my favorite was sushi. They have a noodle assembly station where you can pick the type of noodles and relish that you want then a chef would cook it right in front of you.

The last part of the tour was a visit to Sands Casino to test our lucks. We were only browsing because we were never the betting type although, it was still fun to observe.

It was nearly 5 PM when the tour ended at the Macau Ferry Terminal. I felt that a full day was sufficient enough to see almost everything we’d want to see in Macau. I also realized that joining group tours isn’t so bad after all… You just have to pick the right one which is why I totally recommend Viator for a hassle-free sightseeing day tour not only in Macau but all over the world.

*We were invited to tour with Viator in return for our honest and open review. The views and opinions expressed on this post are purely ours and not influenced by the hotel and its affiliates in any way.