After two weeks of being totally swamped at work, finally a well-deserved day out to downtown Atlanta came about. Saturday afternoon, we left half hour past 12 o’clock and expected to reach our destination in about 20-25 minutes. However, the traffice at I-85 got us stuck in the road for more than an hour. Experience traffic in America, check! 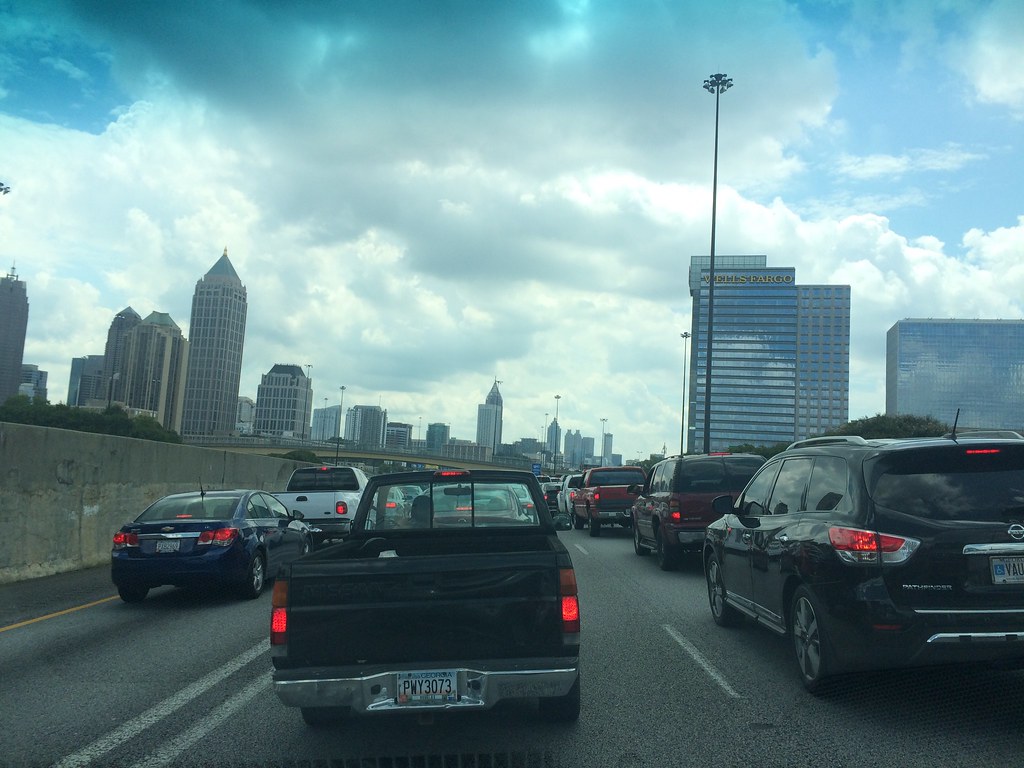 Finally, we got past the traffic then parked next to Centennial Olympic Park and started our DIY tour straight away. 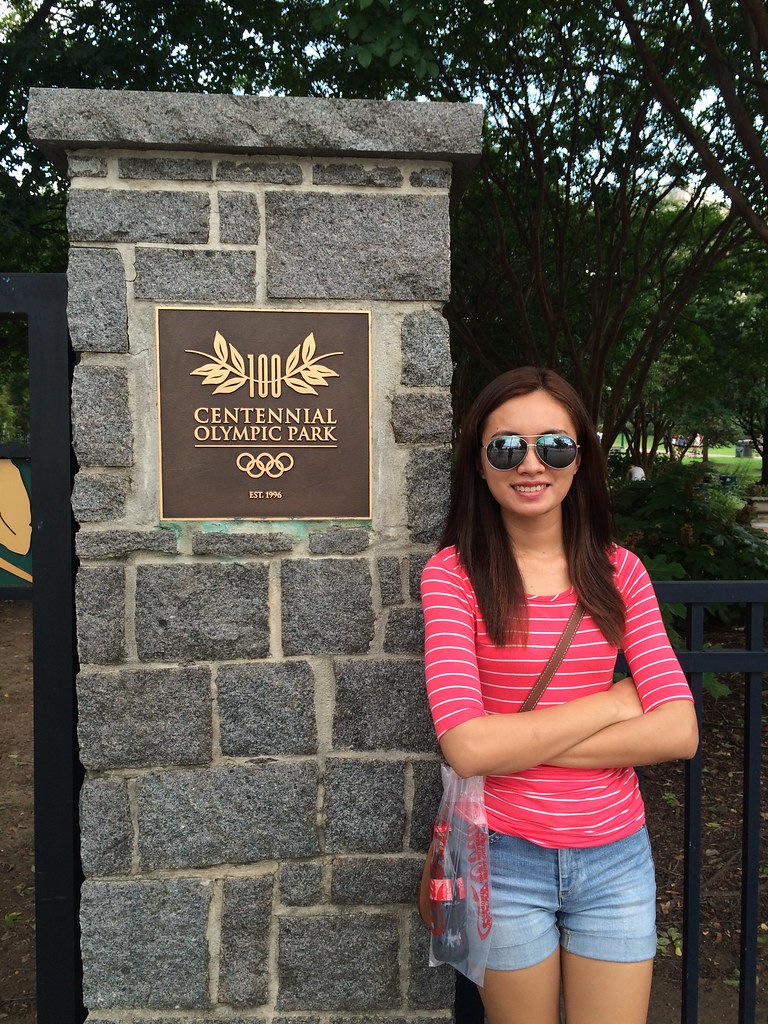 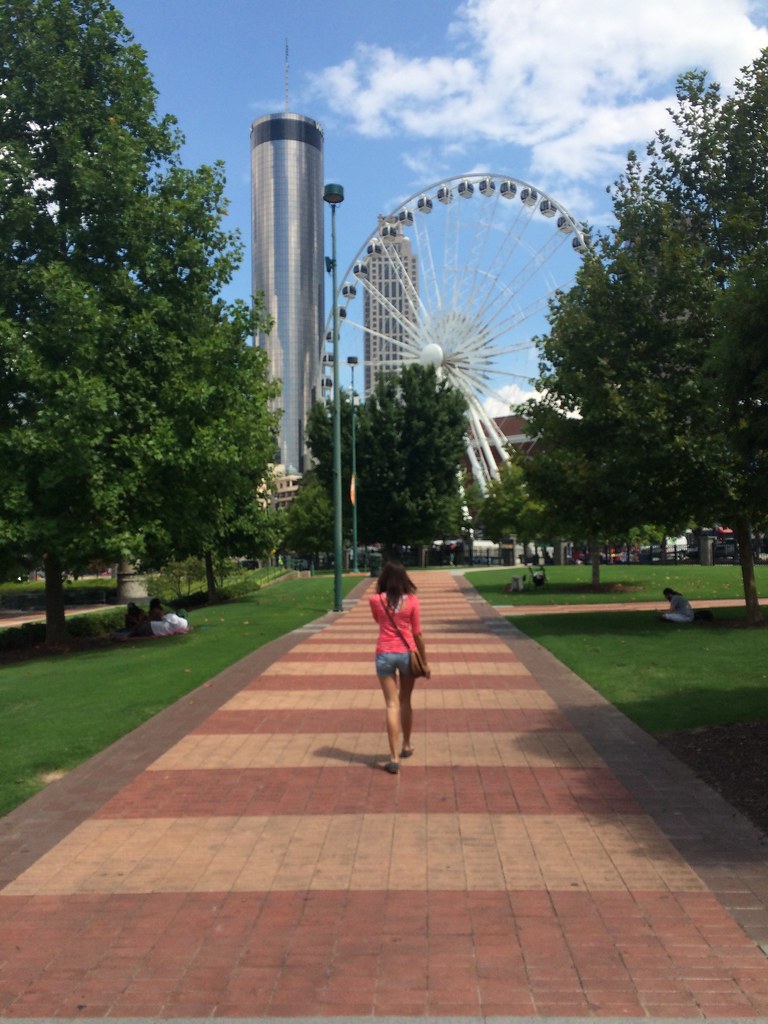 Downtown Atlanta is home to many exciting attractions and fun-filled destinations. In fact, many of the city’s most sought after attractions are all within walking distance of each other. The close proximity of these major attractions makes the downtown area the ideal place for many visitors to start their exploration of this cosmopolitan southern city. Located in the heart of Downtown Atlanta is Centennial Olympic Park, which was a highly visible part of the 1996 Olympic Games which put Atlanta on the worldwide map. This beautiful urban park hosts several concerts, festivals and other events throughout the year. 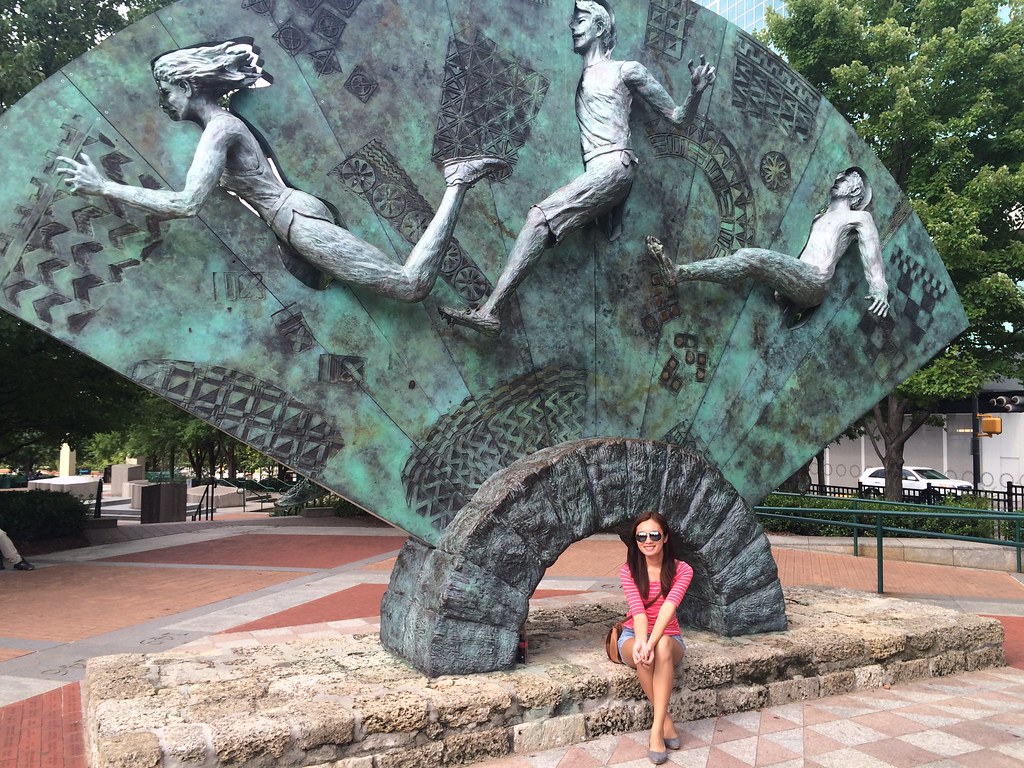 Directly across the street from Centennial Park is the Georgia Aquarium which is the largest aquarium in the world. We put off visiting the aquarium since there is a chance our company might offer us free tickets. Crossing fingers! 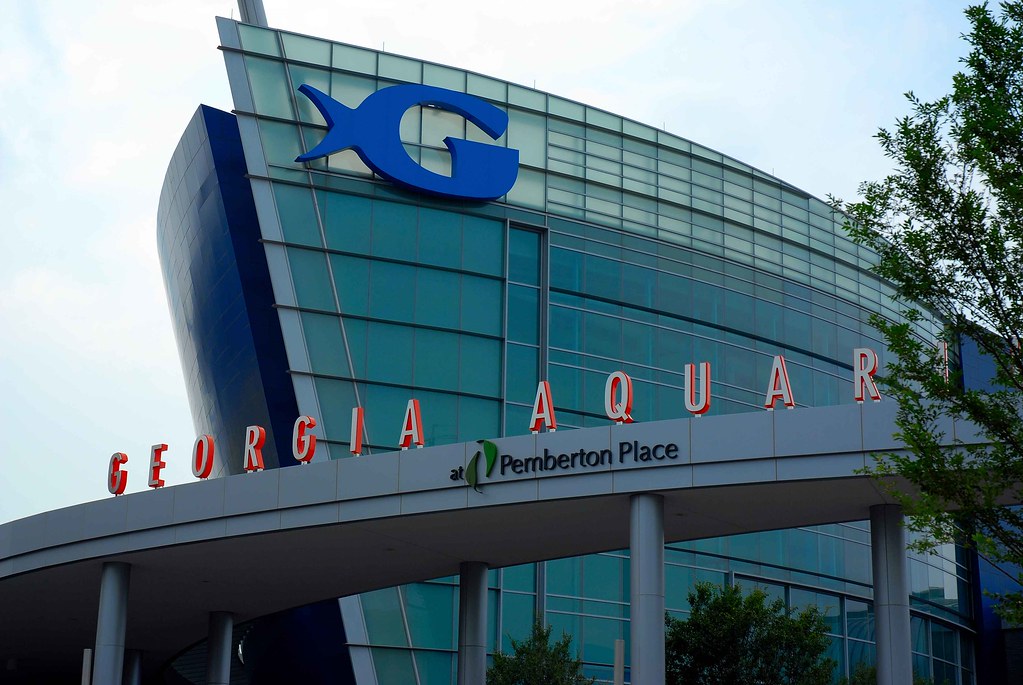 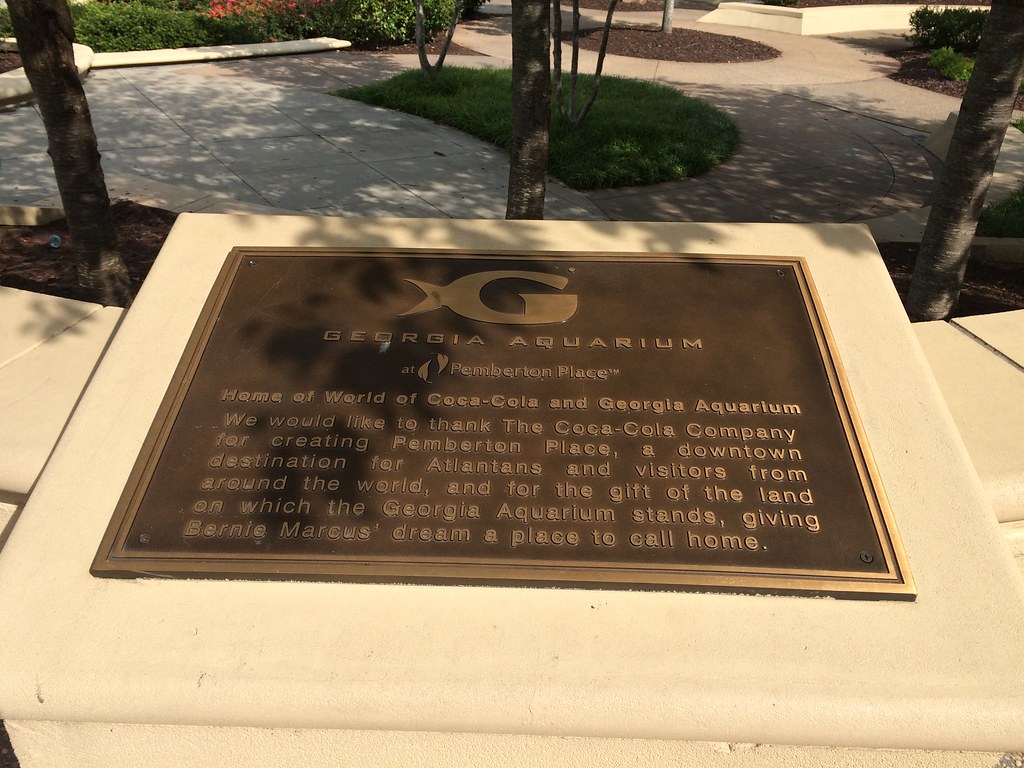 Less than a block away from the Georgia Aquarium is the World of Coca-Cola Museum. Find out ticket prices here.

The Coca Cola Museum is one of the city’s largest attractions, boasting millions of visitors a year. From the origins of the first cola recipe to the worldwide variations available for sampling, this museum is a must see for visitors and locals alike. 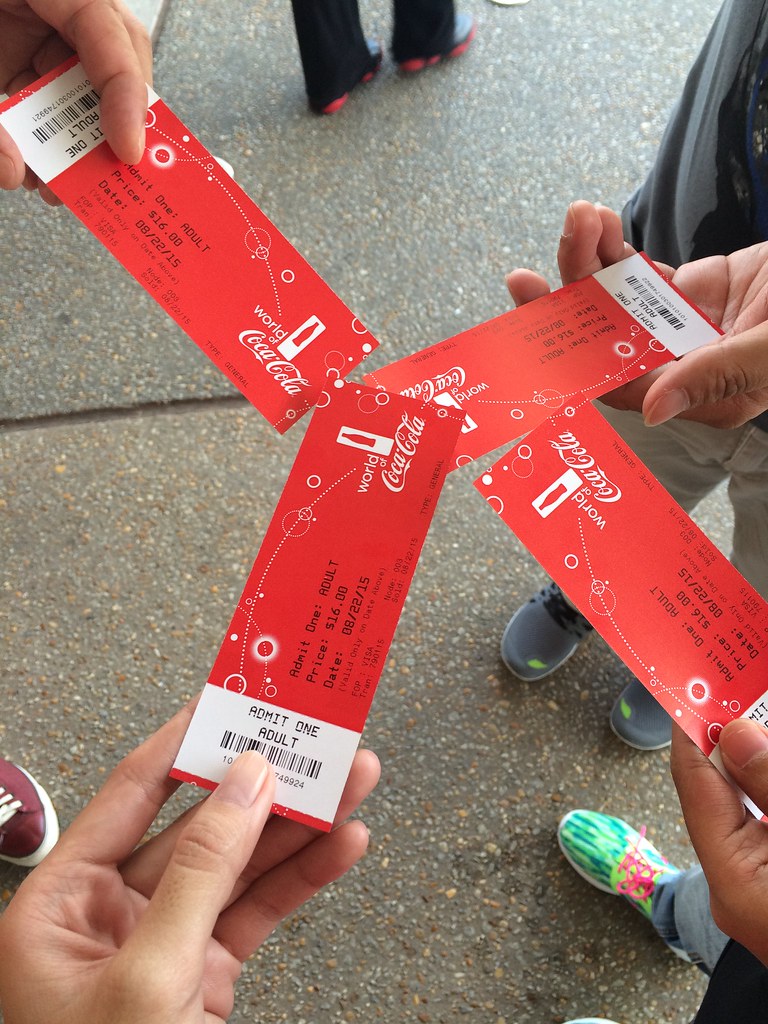 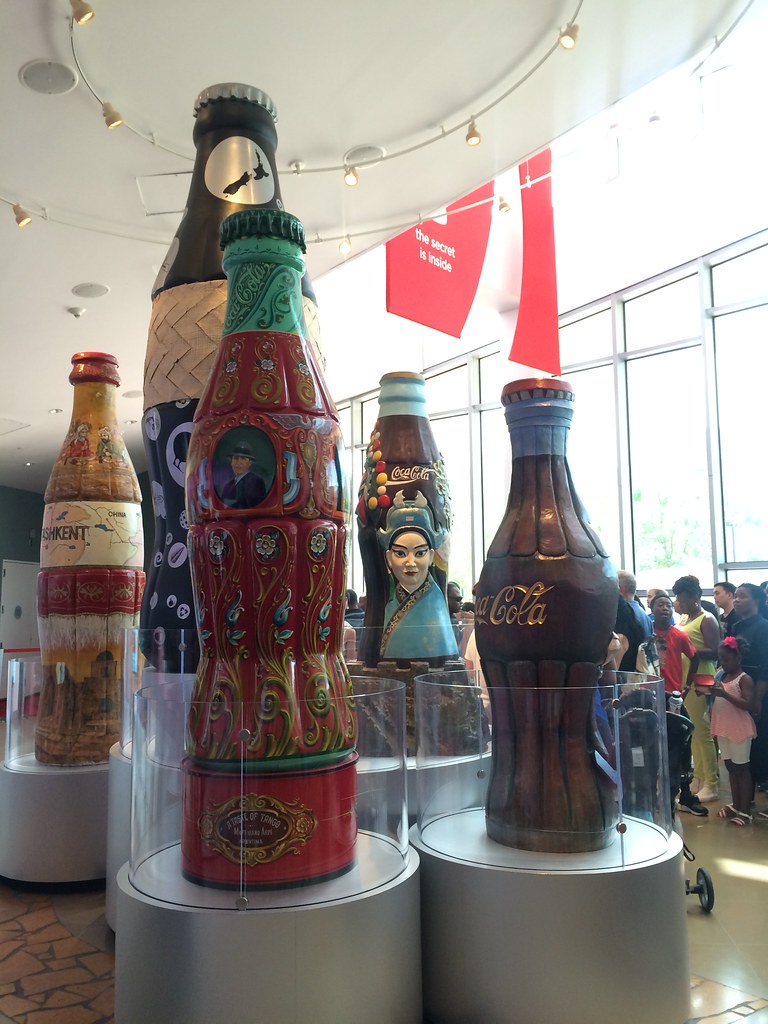 Before viewing the ‘Moment of Happiness’ clip, there is a trivia game in this room. The staff asks two trivia questions and reveals a few interesting history facts about the Coca-Cola company. 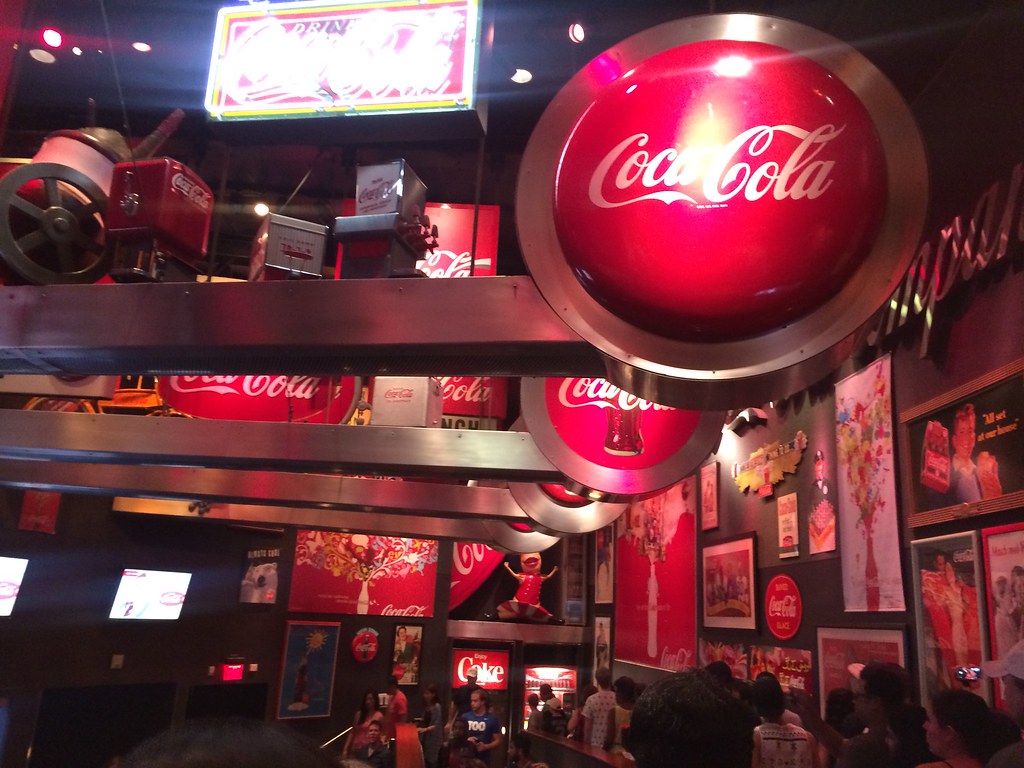 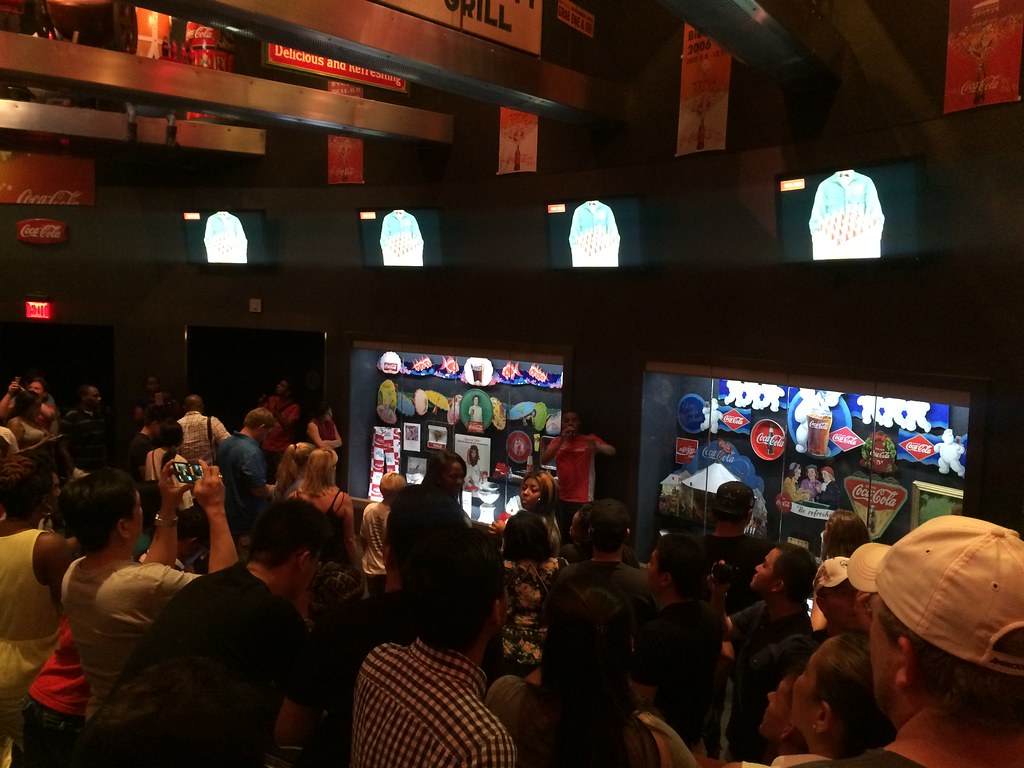 One of the most interesting attractions at the World of Coca-Cola is 4D Theather. The storypoint of the show is to find out the secret formula why Coke is… coke! It was really fun, I’ve always loved 4D. 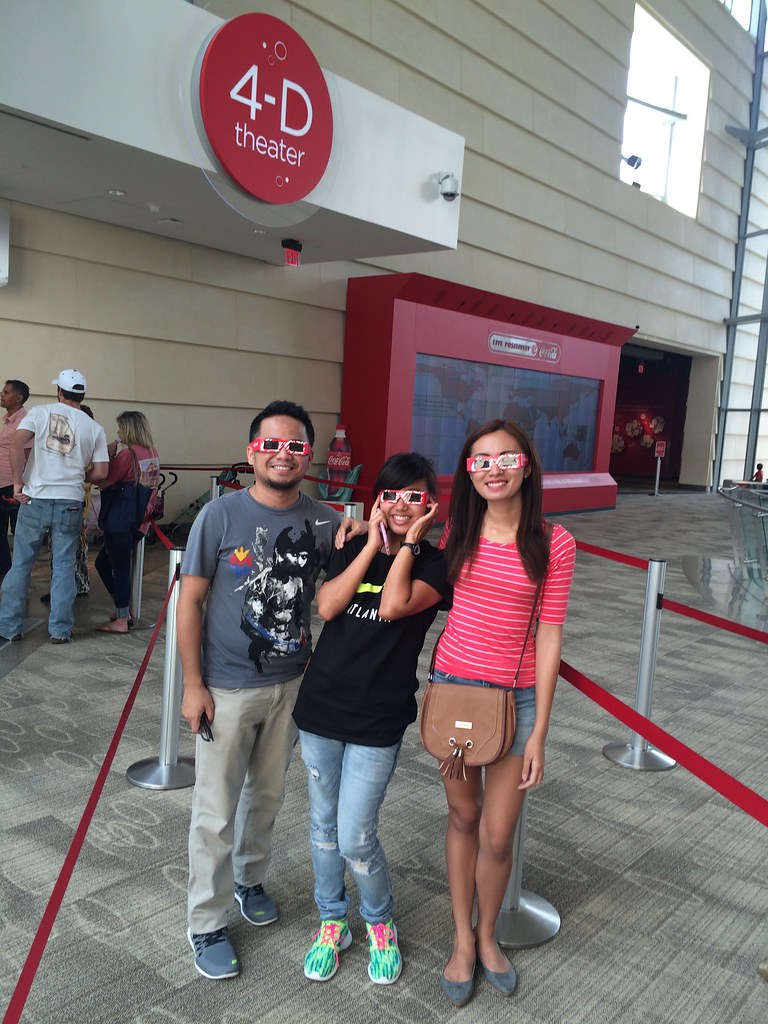 Probably the highlight of the visit to the World of Coca-Cola is tasting over 100 beverages from around the world. 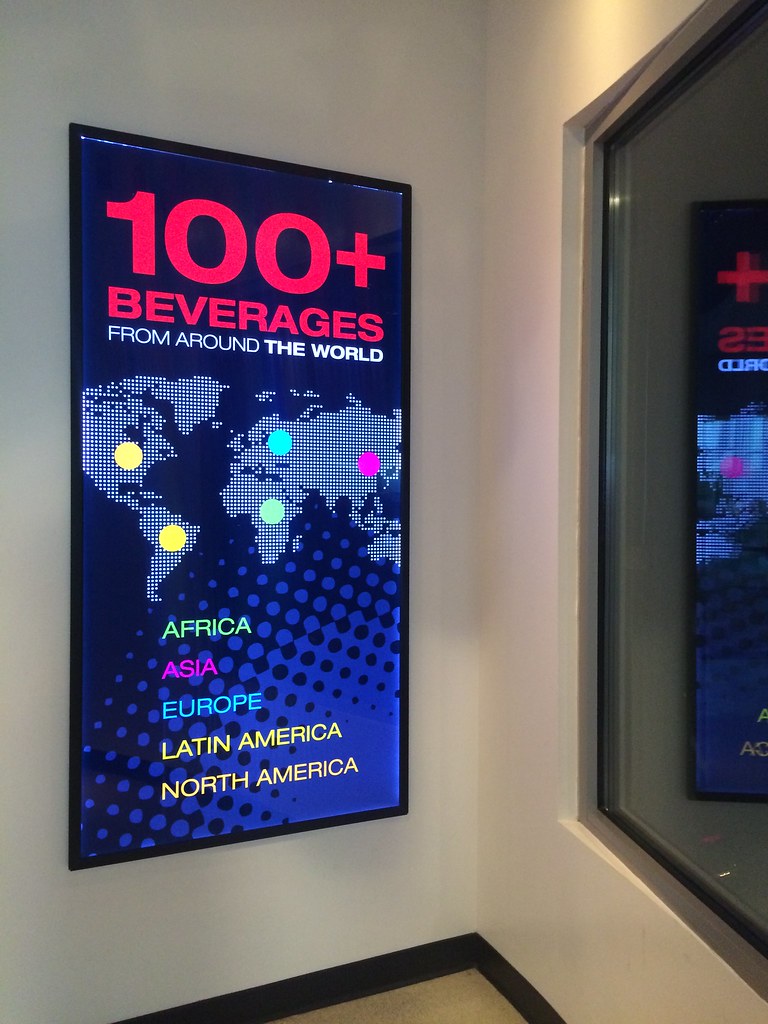 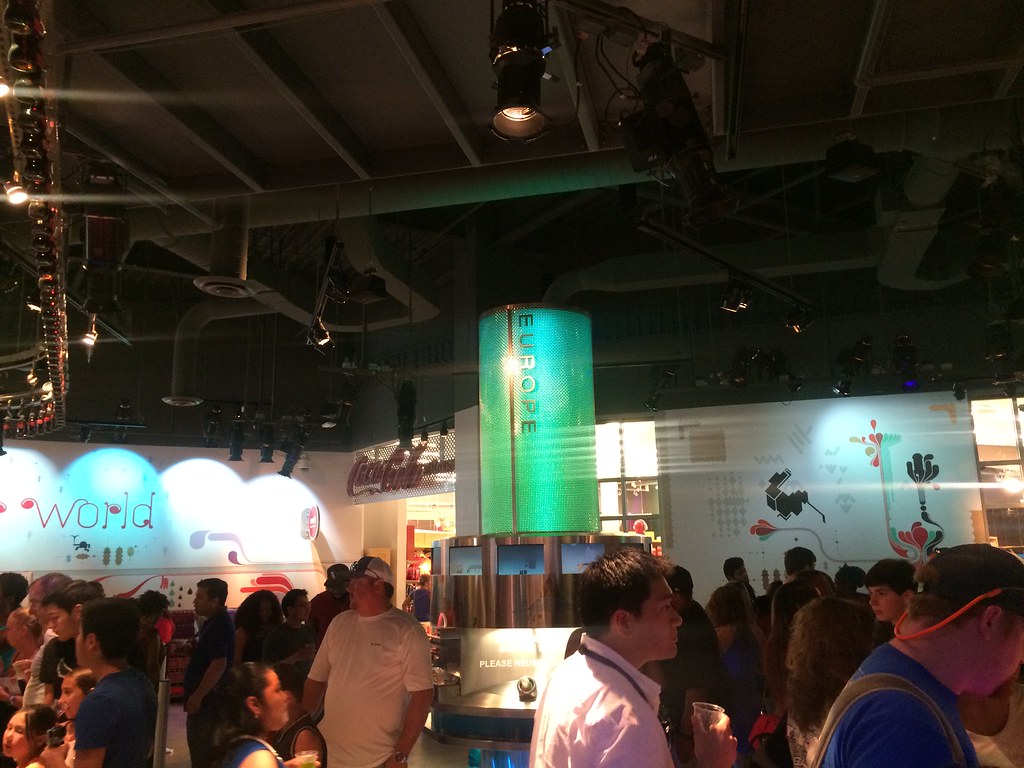 When you get a chance to visit, have a taste of Beverly, this drink is special 😉 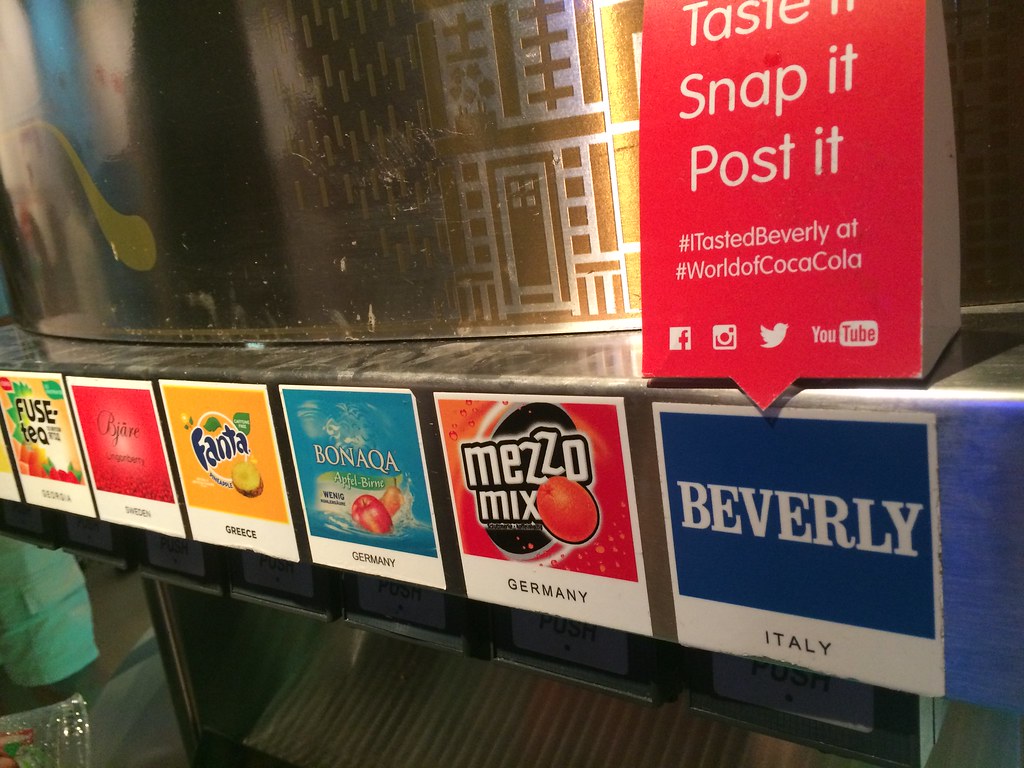 On our way out, we got a FREE coke bottle, perfect for a souvenir. 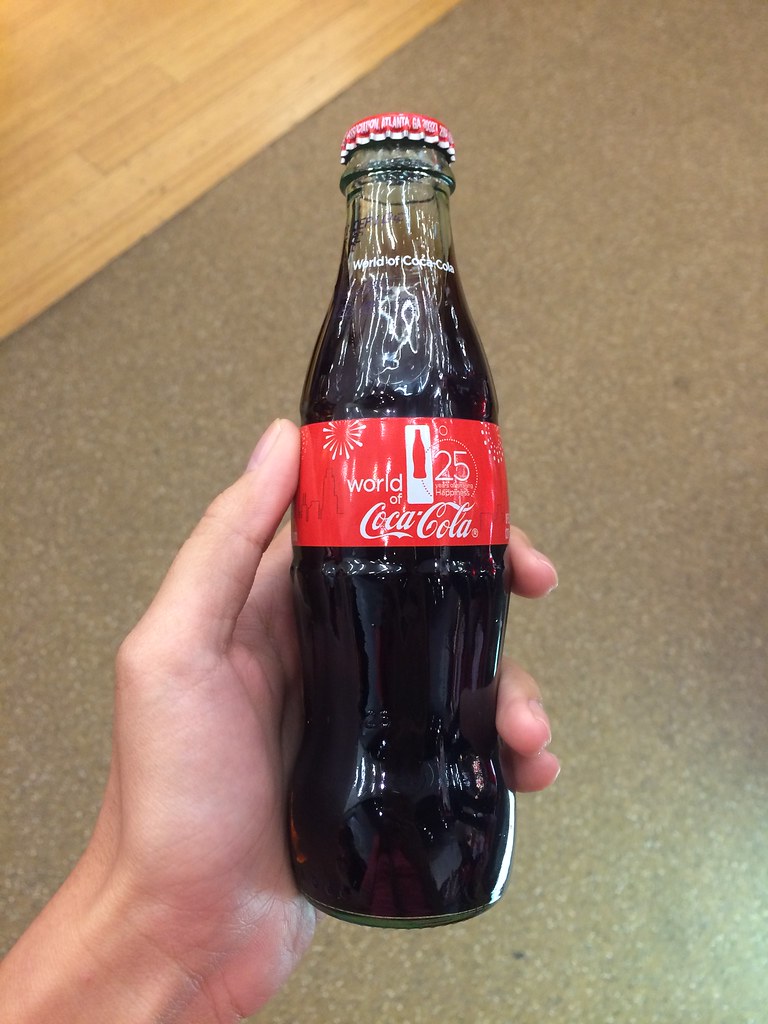 Still within the bustling Downtown Atlanta area, the CNN Center is the epicenter of the world of news, media and entertainment. 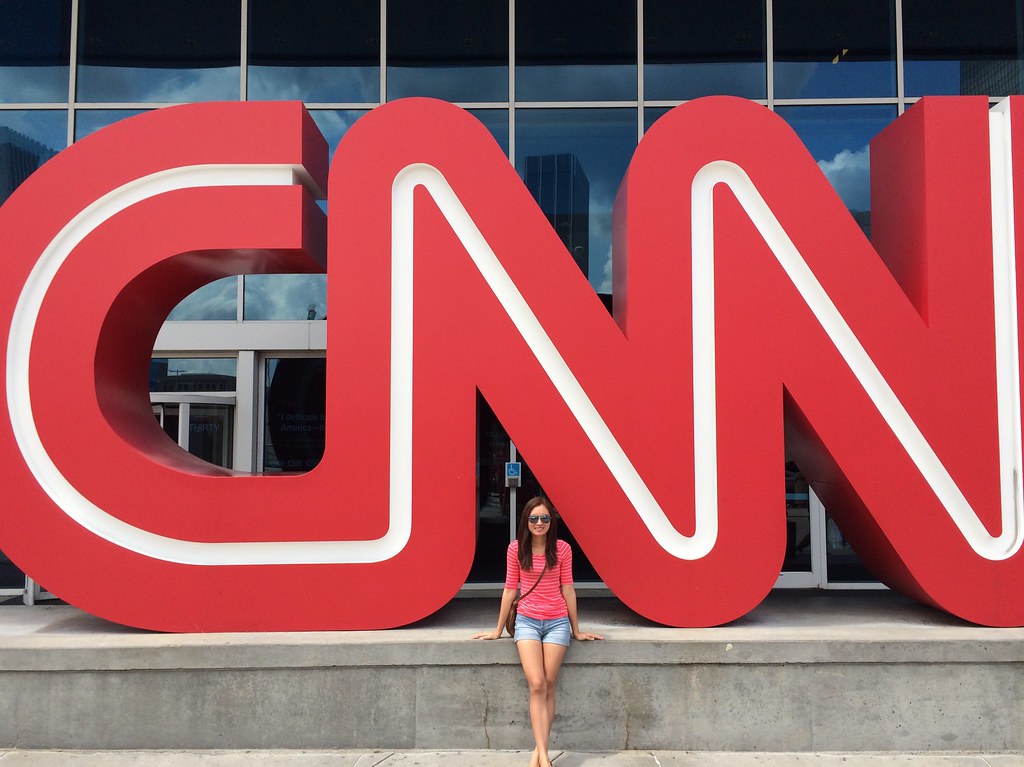 Tours of the main newsroom and the inner workings of this news and media giant are a huge draw. 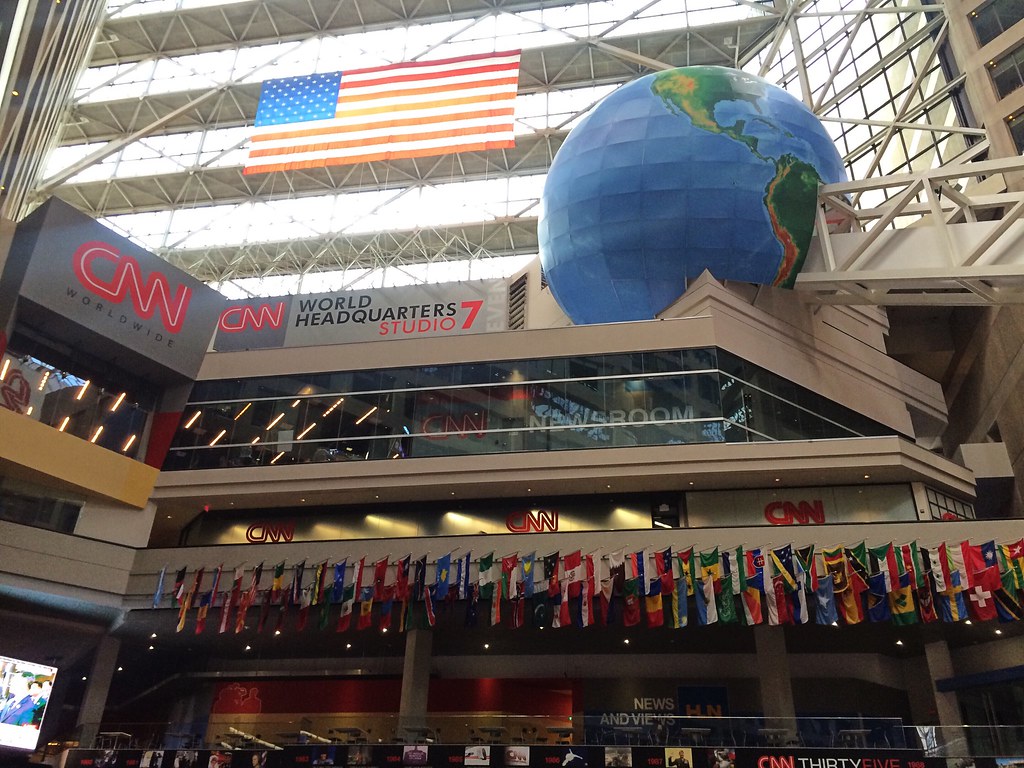 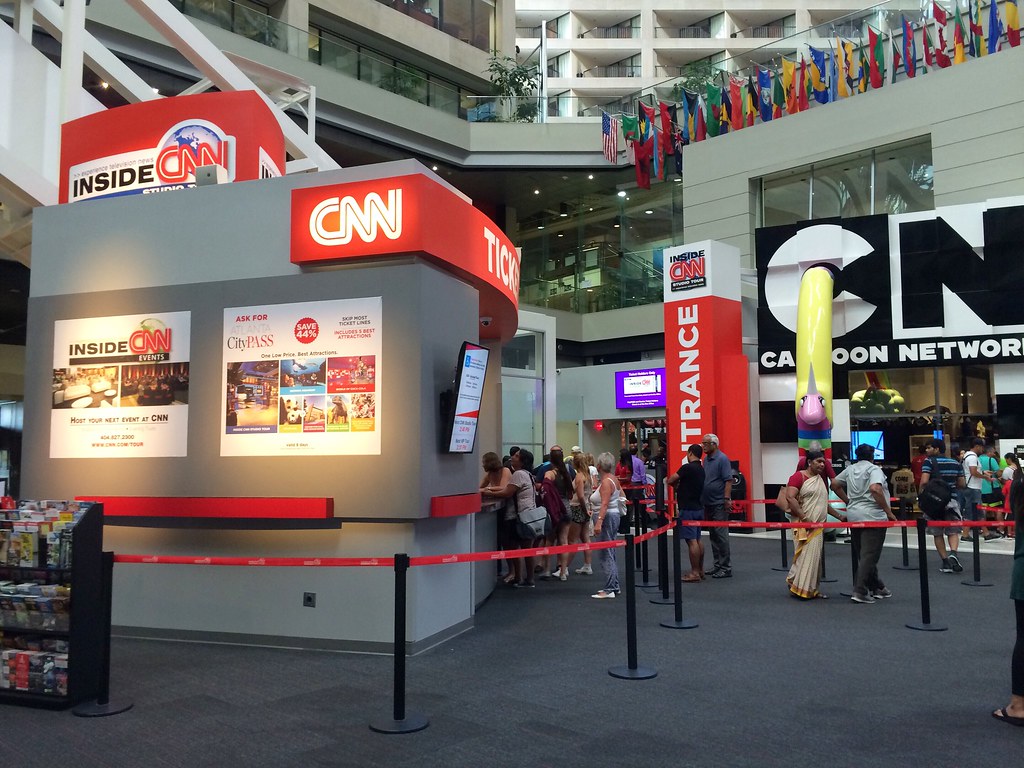 The CNN center also offers up an impressive food court that will assuredly quench any hunger pangs that may arise while enjoying the sights and sounds of Atlanta.

Across the CNN Center is home to the Atlanta Hawks and the Atlanta Dream – the Philips Arena. It is the top destination for the city’s best sporting events. Throughout the year, many of the best concerts are staged at this state of the art arena. Philips Arena is one of Downtown Atlanta’s most sought after entertainment centers.

For ‘Walking Dead’ fans, no visit would be complete without a trip to the popular Jackson bridge at Cain St.

The bridge is quiet, barely any cars passing therefore it is perfect for photo ops. Here’s my take. 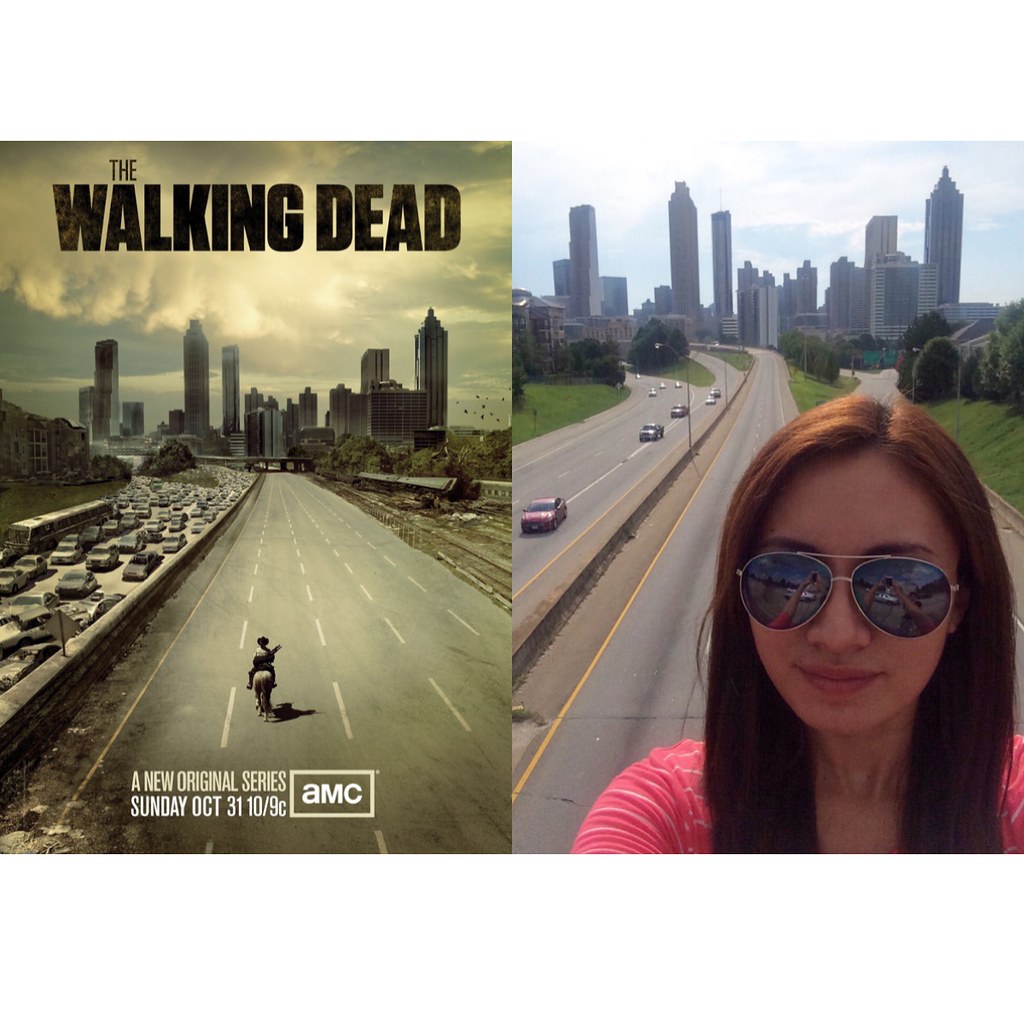 And that’s a wrap! Luckily, no traffic on the way home.

4 thoughts on “Exploring the heart of Atlanta”